In the Japanese idol industry, competition to get attention from fans is fierce. One boy band became the focus of such widespread attention lately, thanks to its recently released music video.

The boy band is called MeseMoa and their new video featured the song “Shadow Kiss”—as well as a large amount of kissing between the members, reports RocketNews24.

MeseMoa is a nine-member male group that was formed in 2012. They were previously known as Morning Musumen since they initially covered songs by the popular Japanese female idol group Morning Musume.

Dedicated viewers have counted around a total of 36 kisses for the entire length of the video. These included kisses on the lips, cheeks, forehead, arm, necks, and even feet.

The scenes appear to be similar to poses found in boy’s love (yaoi) anime and manga. It’s a sub-genre of male homosexual romance favored by female fans, who are also referred to as fujoshi.

Even without counting the number of kisses, the steamy scenes in the video are enough to drive fujoshi to share screen grabs of the video on social media. Alfred Bayle/JB 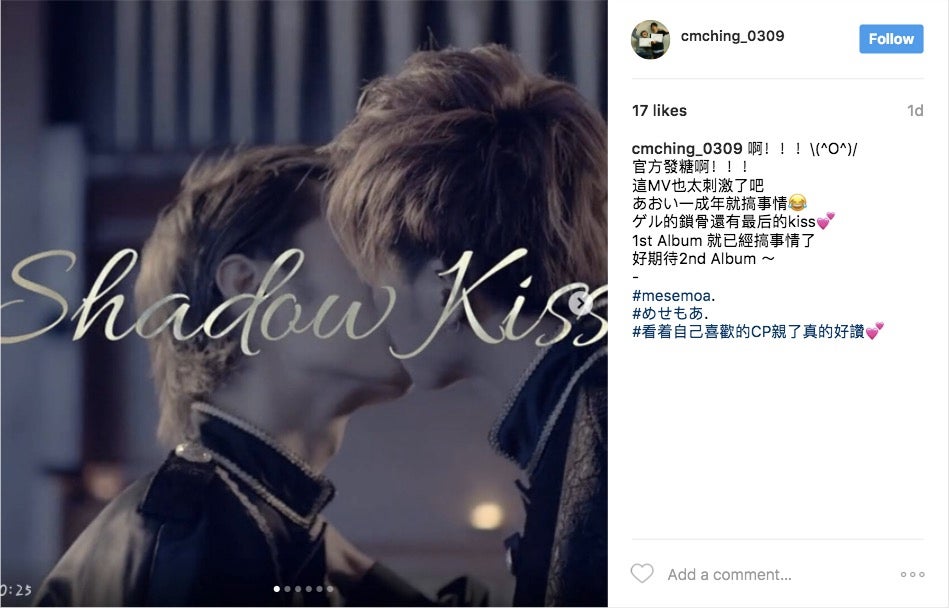 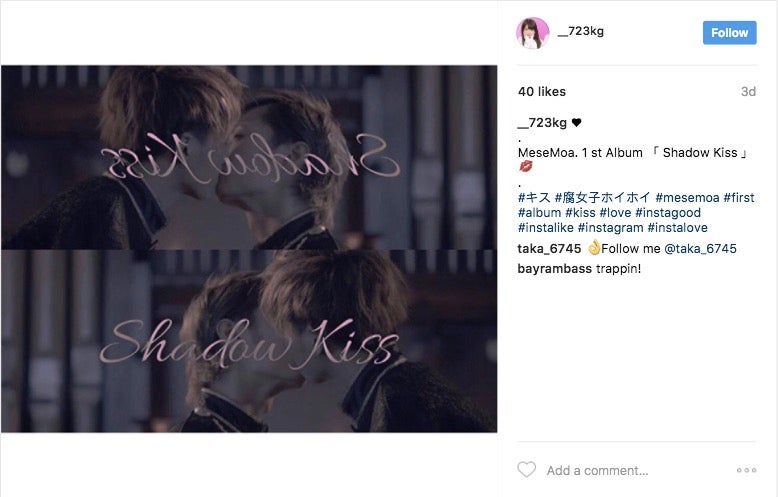 New hot Chinese ‘boyband’ has no boys in it