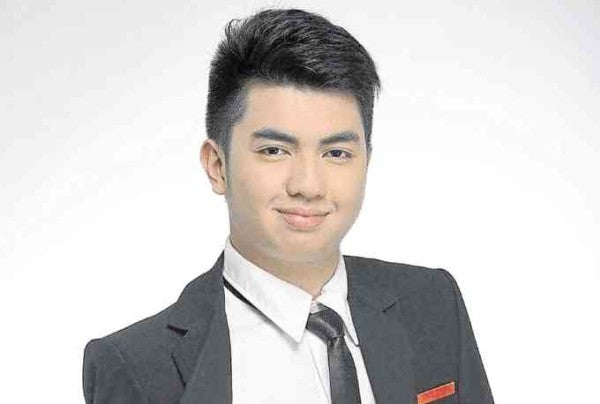 At age 4, LA Santos was diagnosed with attention deficit hyperactivity disorder (ADHD) and level 1 autism. He didn’t speak a single word until he was 6. But now, at 17, he is a well-functioning young man on his way to fulfilling his dream of becoming a professional singer.

LA, who had performed as a front act for such foreign artists as Patti Austin, The Stylistics and Air Supply, recently released his self-titled debut album under Star Music.

“I feel blessed to have been given this opportunity—not everyone gets this. I can’t describe how happy I am,” he told reporters at a press conference.

The toughest part of growing up, he related, was the fact that he didn’t have the sense or awareness to discern whether or not his actions were right or wrong. Luckily, LA has supportive family and friends, and didn’t experience bullying.

“I’m thankful, especially to my mother (Florita), who took care of me and made sure I got better. Everyone else around me was loving,” pointed out LA, who is currently a Grade 10 student at the University of Santo Tomas High School.

“I believe that was one of the reasons I’m the way I am today.”

As a kid, LA underwent occupational and speech therapy. And to make sure his boundless energy is put to good use, LA’s mother got him into sports and martial arts. But it was singing which he truly fell in love with.

“I feel at home when I’m onstage. I don’t feel pressure or any negativity. I just feel happy,” said LA, who also dreamed of joining reality talent searches like “The Voice” and “Pinoy Boyband Superstar.” “That was when I knew that I wanted to pursue my passion for music.”

His album contains nine songs, including the lead track “Miss Terror” and a cover of Bruno Mars’ “When I Was Your Man.” He sings mostly pop, but is also a fan of hip-hop. “I love Snoop Dog and Abra. I want to rap, too. I’m proud of my record, because a lot of good composers, like Jonathan Manalo, worked on it,” added LA.

Show biz can be a cruel world, but LA is up for it. “I try to see the positive in everything. I’m a naturally jolly person. I want to continue on this path, and hopefully inspire other people with ADHD or a similar condition,” LA said. “I would like to tell them to never give up.”