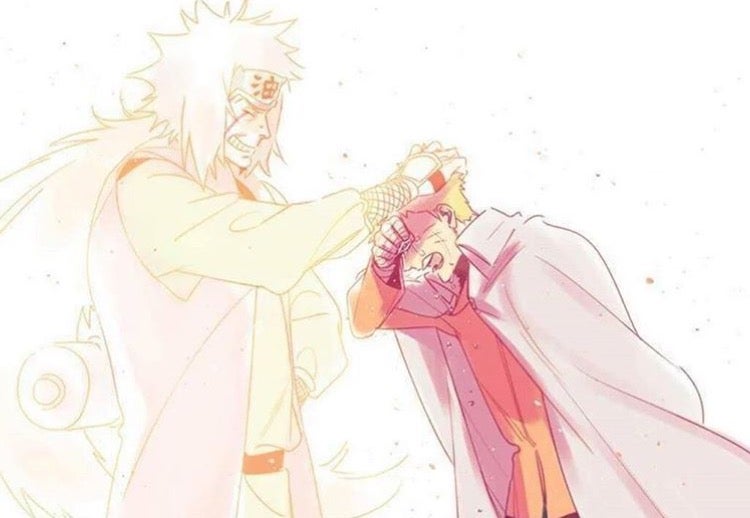 The anime industry has suffered another loss, as one of its beloved veterans passed away. Kazunori Mizuno, aged 52, has been reported to have died last month, according to Comic Book. Sadly, it was only recently that his death has been widely discussed by peers and fans.

As a veteran in the anime world, Mizuno has worked for various hit anime series, including “Naruto”, “Bleach” and “Yu Yu Hakusho” (“Ghost Fighter”). He also created the 10th opening for “Bleach”, as well as the 11th opening and 24th ending for “Naruto Shippuden”. 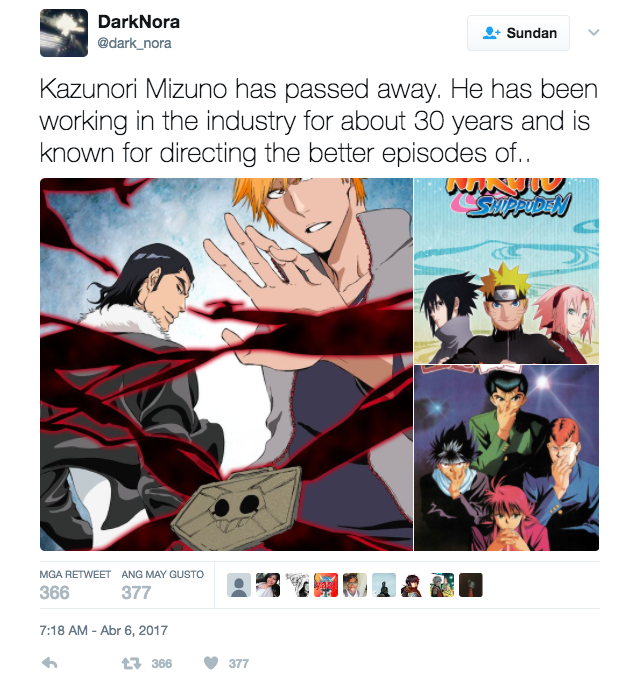 His passing was apparently been dealt with quietly and was only discovered when colleagues began posting tributes on Twitter. 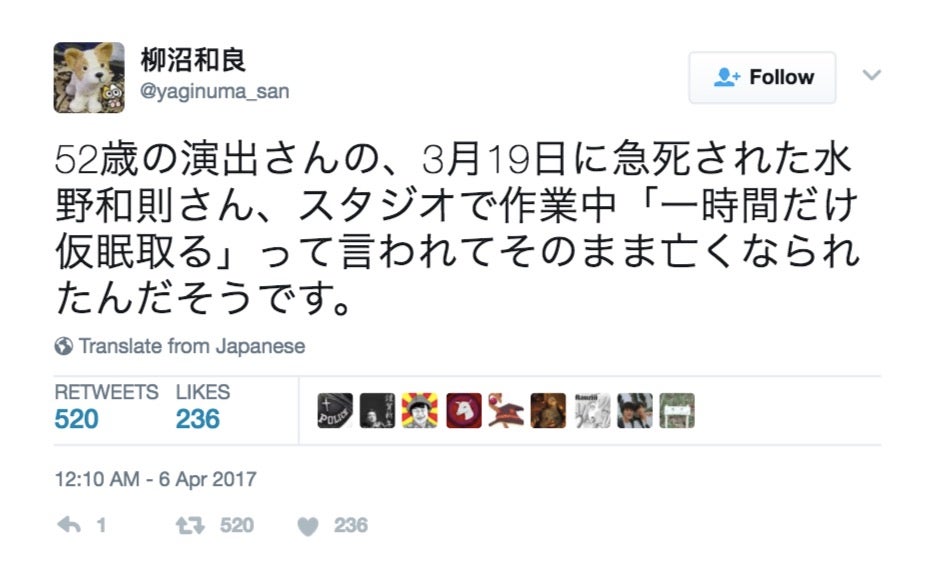 Fellow animator Kazuyoshi Yaginuma shared on his tweet that Mizuno passed away on March 19. He had taken a break from work and gone off to catch a one-hour nap in his studio when he died in his sleep.

Fans and colleagues suspect that the cause of death was overworking, something that is not uncommon in the anime industry. The Japanese term for it is “karoushi” and its medical cause includes stress-induced heart attacks and stroke. 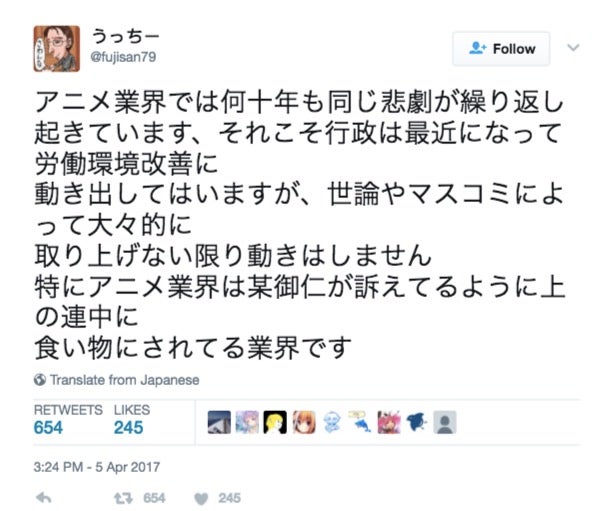 While anime lovers get to enjoy new anime every season, the studios that create them are apparently sorely understaffed. This often leads to excessive overtime in order to meet deadlines. Another of Mizuno’s colleagues, under the Twitter handle @fujisan79, pointed this out, along with the overall poor working conditions that people in the anime industry have to put up with.

Unless working conditions improve for the people in the anime industry, fans may start to see fewer and fewer works coming out each season in the coming decades. Alfred Bayle/JB