No ‘material’ gift from Daniel for Kathryn’s birthday 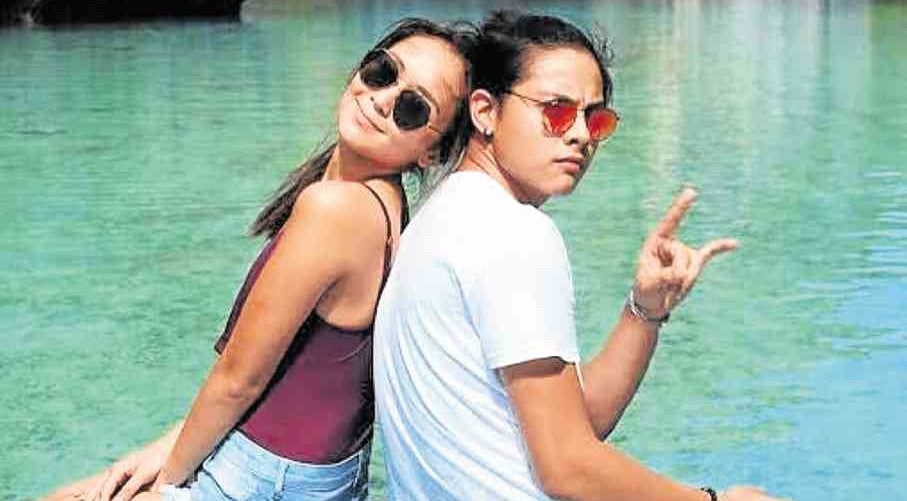 Kathryn Bernardo, who turned 21 in March, has ticked off an item on her bucket list this year: to celebrate her birthday in El Nido, Palawan, with onscreen partner and rumored boyfriend Daniel Padilla.

“We watched the sunset, had dinner on the sand bar, and gazed at the stars,” Kathryn recalled. “I’ve been celebrating my birthday with him for several years now. This is special because we were able to go island-hopping with close friends.”

She added: “After all the hard work we had while doing ‘Can’t Help Falling in Love,’ our four days in Palawan recharged me. I had to convince my mom to allow me to push through with the plan.”

Kathryn said that just like any parent, her mom was merely concerned with her safety.

“Whether you’re a celebrity or not, you still have to tell your parents what your plans are and who you’re going out with.”

“My mom still has the final say on whether she would allow me or not. I would have felt sad if she said ‘no,’ but I know that she was just thinking of my welfare. I had to promise that I wouldn’t break her trust.”

Kathryn said she really felt the love on her birthday, especially from Daniel. The actor woke up as early as 7 a.m. to join her in island-hopping and snorkeling.

Daniel pointed out: “My gift to her wasn’t anything material. I’m glad she appreciated my effort to spend time with her in El Nido.”

In a previous birthday, Kathryn joined Daniel and his family on a trip to Boracay.

Now that she is 21, Kathryn said she hoped to tackle more mature roles like the one she played in Mae Cruz-Alviar’s “Can’t Help Falling in Love,” which will be in cinemas on April 15.

She and Daniel will also start working on “La Luna Sangre,” the sequel to the fantasy TV series “Imortal,” which featured John Lloyd Cruz and Angel Locsin in the lead.

“That TV series is totally different from what I was used to doing. It’s hard to adjust,” she shared with the Inquirer. “I’m also open to doing other things aside from acting, like hosting and dancing.”

Kathryn said she was open to working with actors, other than Daniel. “We also have to grow as artists,” she explained.

Daniel earlier said he would like to collaborate with Sarah Geronimo.

“Daniel and I have not discussed this yet. If I have my way, I’d still want my next projects to be with him,” she added.

Kathryn said she would like to work with someone “I can learn a lot from. I still don’t know who he would be, but I hope we’d get the same support from the audience that supported Daniel and me.”