A lot of ink was spilled on the X rating that Jerrold Tarog’s latest movie, “Bliss,” had received from the Movie and Television Review and Classification Board (MTRCB) on its first screening.

Although the horror film had already been reclassified as R-18 on its second review, the issue continued to spark debate among concerned industry insiders in the social and traditional media.

MTRCB Chair Rachel Arenas welcomes the discussion engendered by the X rating and the resulting controversy.

On its second screening at the MTRCB office in Quezon City, Tarog got to meet with the board members, Arenas recalled. “The director was able to talk to us. That’s what I want: A healthy dialogue between the board and industry representatives.”

She pointed out that the first rating adhered to the board’s rule book, though. “According to our guidelines, it had all the elements of an X-rated film: sex, foul language, violence.”

She, however, remarked that the film’s genre as a “psychological thriller” should also be considered.

She related that although the chair is not tasked to review and rate films, she decided to watch the film herself to form an informed opinion on the issue.

“But I refrained from expressing my comments, out of respect for the first committee and so as not to unduly influence the second review group,” she asserted. 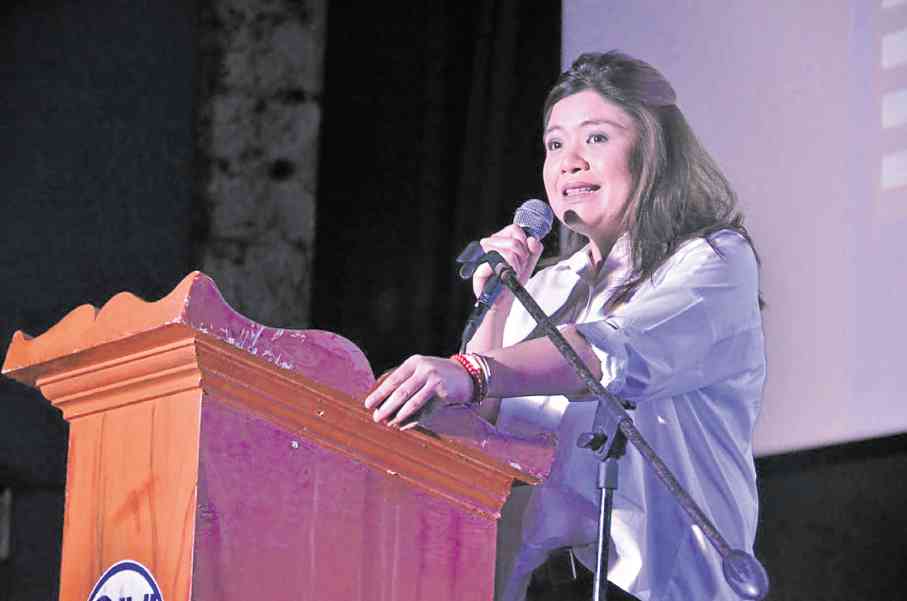 It was only after the result of the second screening came out that Arenas freely shared her insights with the rest of the board.

“R-18 is fine. Adults can handle it. There’s no need to ban the film,” she told the Inquirer.

She, however, would like to address observations that the board had become more conservative of late.

“People say there’s a trend [toward conservatism],” she acknowledged. “But I’d like to point out that the earlier case of ‘2 Cool 2 Be 4gotten’ is totally unrelated to ‘Bliss.’”

“That can happen because each review group is composed of different members. The committee members you get on your second review are not the same as the first ones,” she recounted.

She explained that she encourages divergent views in the board. “There are liberals, conservatives and moderates in the board. Listening to various opinions is always positive.”

She, however, constantly reminds the board members to heed a simple advice whenever confronted by a dilemma.

“When in doubt, think as a parent … [and] rely on the rule book,” she quipped.

She had been very vocal in clarifying the board’s mandate with her colleagues even before the intrigues hit the fan.

It’s always wise to go back to basics. “It’s in the law,” she stated. “The board is here to collaborate and cooperate with the stakeholders. It’s in our mandate. We are not here to fight with the industry. We’re working toward a common goal.”