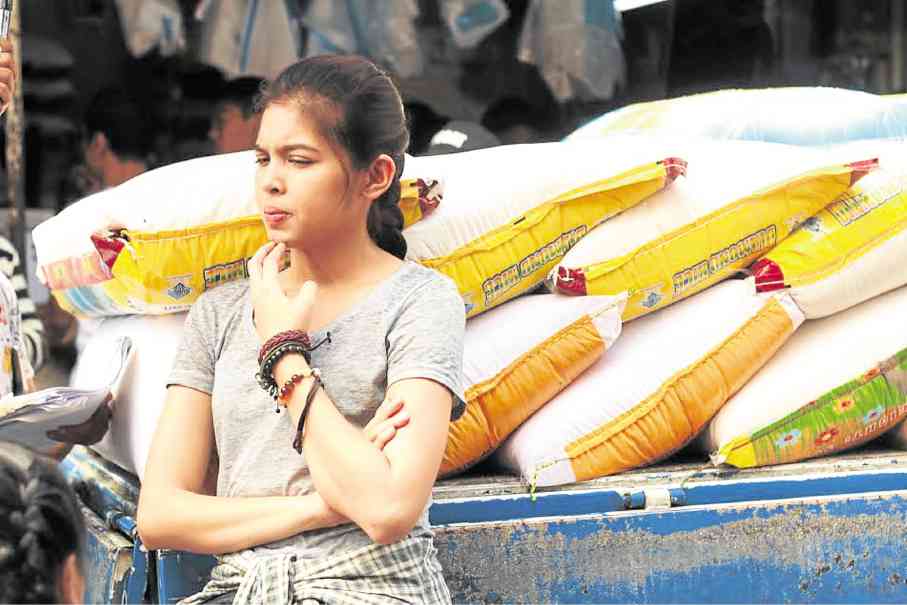 That was how TV-film star and social media sensation Maine Mendoza finished our sentence when we began to describe her unconventional—and phenomenal—rise to fame when we met her recently for this Inquirer Entertainment exclusive.

But, Maine is aware of her fortuitous luck in the biz, especially after “AlDub,” her hit tandem with Alden Richards, set the Twitterverse ablaze with the 400-episode “Cinderella”-channeling kalyeserye that began on July 16, 2015.

The actress, who just turned 22 last March 3, isn’t taking things for granted and has in fact learned to come to grips with her multimedia success—in the movies (“Imagine You and Me,” “My Bebe Love”), on TV (“Destined to be Yours,” “Eat Bulaga!”) and in more than 20 endorsement deals—and counting.

Next week, Maine takes on another thespic challenge with an offbeat role in “Prinsesa,” one of “Eat Bulaga!’s” six Holy Week specials (from April 10 to 12). It airs back-to-back with “Pagpapatawad” (starring Lorna Tolentino”) on Holy Tuesday.

Aside from “Prinsesa,” the noontime show’s other Lenten dramas feature Alden Richards and Ryan Agoncillo (in “Kapatid”), and Ai-Ai delas Alas and Paolo Ballesteros (“Inay”) on April 10; Vic Sotto and Joey de Leon (“Kaibigan”), and Jose Manalo and Tito Sotto (“Mansyon”) on April 12.

In “Prinsesa,” Maine essays a role that requires her to stretch. “I play a snatcher,” she revealed to us. “My previous roles were light and fizzy—they were close to my personality. But this one’s different because it’s darker. She’s had a hard life. So we hired my acting coach in ‘Destined to be Yours’ to help me get to where I need to be, in terms of characterization. Hindi s’ya nakukuha sa pa-wacky, pa-tweetum at pabebe wave. And contrary to popular belief, hindi po ako nice. Char (laughs)!” 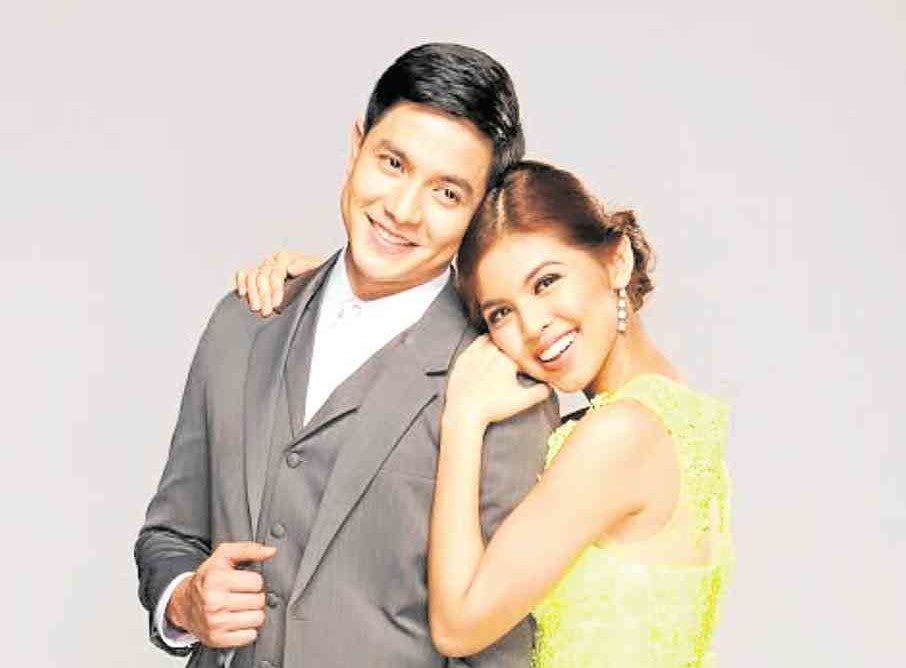 With all the “blessings” and accolades coming her way, how does Maine avoid getting swell-headed?

“I also get tired, so people can’t expect me to be bubbly all the time,” she replied. “Pero eto talaga, totoo (this much is true). When things get a little overwhelming, I tell myself, ‘You’re nothing special, Menggay. Wala kang pinagkaiba sa ibang tao!’ I’ve always had this bad habit of belittling myself, but it keeps my feet on the ground.”

While Maine is well-liked in social media (she has 4.4 million followers on Twitter), she also has her fair share of bashers: “Marami rin po ako nun (I also have many of those), and I really take time to visit their accounts to read what they’re saying about me. But I don’t respond to them.

“The weird thing is, bullies don’t affect me at all. I laugh them off—in fact, what they say feeds me and, deep down, becomes my motivation to do better. I’ve accepted the reality that not everybody will like you. I’m a cynic and a pessimist myself, so I understand how it works.”

For our part, we were won over by Maine’s fascinating combination of self-deprecation (she posed for face-distorting selfies with onlookers during this interview) and soft-spoken kindness (she peppered her courteous answers with po and opo).

Unlike many celebrities we’ve crossed paths with, Maine isn’t a cookie-cutter eager-beaver who would do anything to make a good impression. At one point during this interview, she even “scolded” an aide for distracting her by taking too many pictures at close range.

And don’t let those wacky Dubsmash videos fool you—Maine is a shy gal with a performer’s sensibility. “That’s true,” she told us. “There’s nobody there when I work on those videos, so I express myself very well in them, and people see who I truly am. I enjoy editing random videos, and the Dubsmash app is a convenient tool to do just that. But I have stage fright. I get very uncomfortable in front of a big crowd. Until now, I struggle to overcome that kind of fear (anthropophobia).” 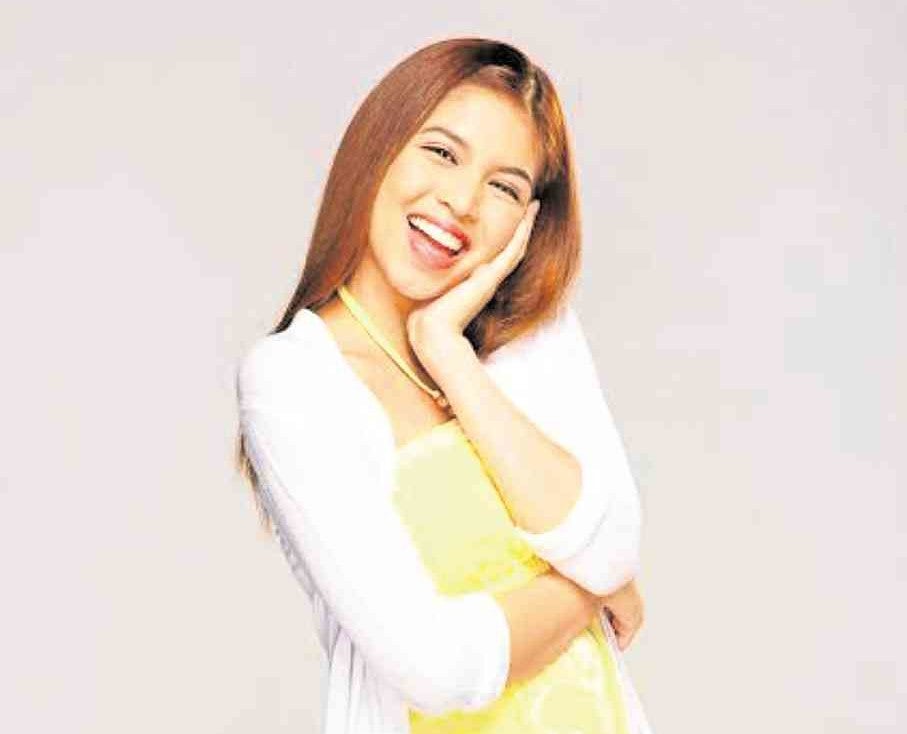 Another revelation: Unlike Sinag, her character in “Destined to be Yours,” who talks to her dead grandpa when she’s feeling blue, Maine doesn’t like expressing her innermost thoughts and feelings to people.

She explained to us, “I’m more comfortable writing about them than discussing them—except maybe with my sister”—which is why Maine continues to post entries on her blog, The Pessimistic Optimist Bella (mainemendoza.com), which has been around for five years.

Her blogsite is one of her inspirations for her book to be released later this year. Asked how different the self-penned tome will be from so many celebrities who have parlayed their popularity into a career in book-writing, she said: “I’ll write it myself—there won’t be ghost writers. And it’ll focus on my personal life, as well as lessons from my experiences so far.”

We told Maine that we liked the light romance and the looming but relevant conflict being explored in “Destined to be Yours.” When we asked how much of her character, Sinag, is Maine Mendoza, she answered: “Sinag is a realist, while I’m a cynic. She’s a lot of fun, but she doesn’t believe in destiny—I do. Do I believe in forever? I’m somewhere in the middle. But ‘tamang panahon’—yes, I believe there’s a right time for everything.”

It’s been almost two years since she first met the so-called Pambansang Bae. Where or in what stage is her relationship with Alden now?

“Nasa Cubao,” she gamely replied with a twinkle in her eyes, then added: “Nasa Cubao ibabaw (laughs)…”

“…But that’s where the buses stop to pick up passengers,” we cut her off. “Does that mean the relationship is going ‘slower’ than we thought?”

Maine’s intriguing answer came in the form of infectious laughter—and it spoke volumes.