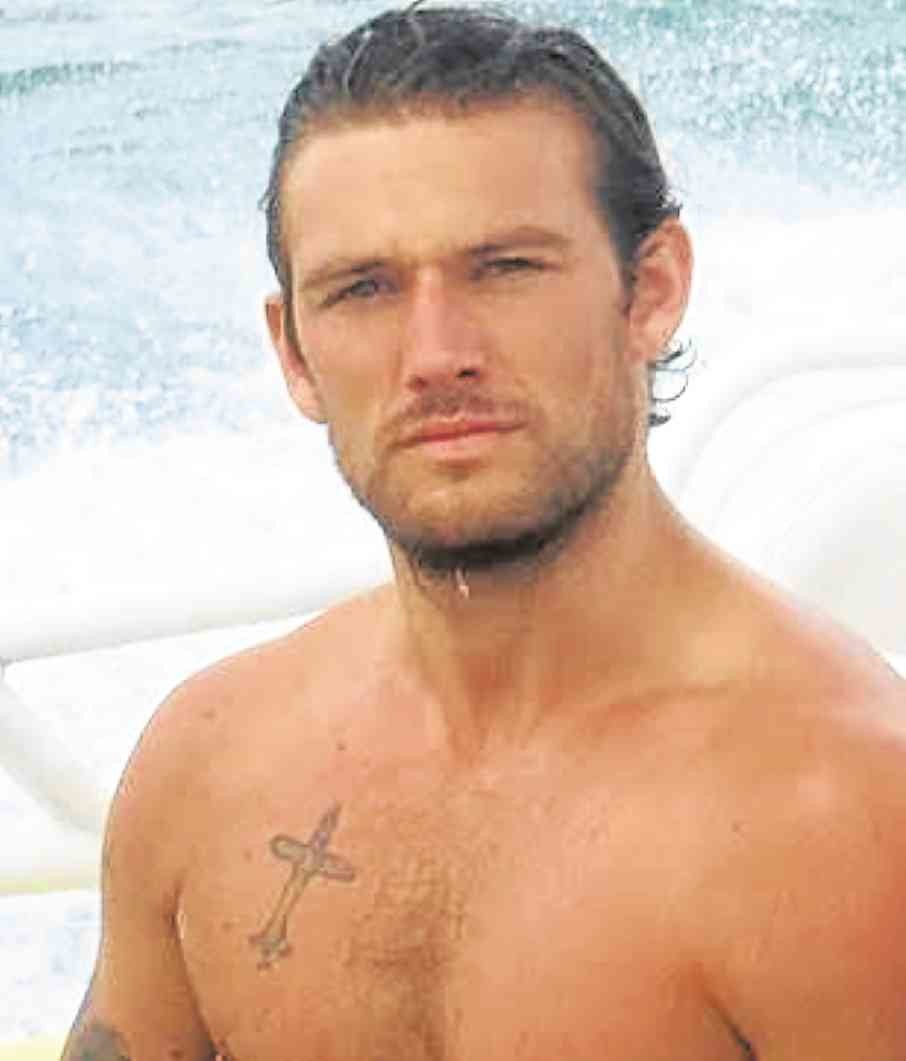 Actor-model Alex Pettyfer owned up to being the one to blame in the feud with former “Magic Mike” costar Channing Tatum a few years ago. But that’s a long-concluded chapter in the English actor’s career. He appeared in less prominent films after his high-profile part in the 2012 stripper-“dramedy” film.

He has become interested in other creative ventures, as well, adding “publisher” to his resume—he founded his own company, Upturn Publishing, years ago, and the first book off the press is the young adult novel, “Blood, Ink & Fire,” written by screenwriter Ashley Mansour.

Pettyfer has been bitten by the directing bug, too. He made a “Blood, Ink & Fire” trailer to help the author promote the book in 2015.

He is currently working on the adaptation of Tawni O’Dell’s best-selling novel, “Back Roads,” which he stars in and coproduces. “Here we go again,” he captioned his photo of the film’s clapperboard, where he is listed as director.

Actor-producer Seth Rogen and frequent collaborator Evan Goldberg will be adapting “The Walking Dead” creator Robert Kirkman’s other hit comic-book series, “Invincible,” for the big screen. They are set to direct, write and produce the movie, which is about a teenage superhero who gains powers similar to his alien father’s abilities.

Rogen and Goldberg previously worked as codirectors for the film, “This Is the End,” and an episode of the TV series, “Preacher,” which is based on a popular comic book for adults.

Bay not done yet with ‘Transformers’

Michael Bay, who has directed five live-action “Transformers” films—including the coming “The Last Knight”—is interested in doing one more. According to reports, he may direct one out of 14 stories already written for possible sequels. He and the franchise aren’t, as Optimus Prime would say, “rolling out,” any time soon. —OLIVER PULUMBARIT

Read Next
No love lost
EDITORS' PICK
Leaked: A 60x Zoom and all-new Helio G96 mean a complete overhaul for TECNO Mobile’s new CAMON 18 series
Lacson wants DOF to suspend TRAIN law as oil prices rise
Duterte blasts rights groups for overlooking the ‘other side’ of drug war
Next level mobile photography within reach with vivo X70 co-engineered with ZEISS
153 protests filed vs China actions in PH waters in 2021 — DFA
Delivering delight against all odds
MOST READ
Robredo to supporters: Be calm, gentle and do good deeds
Matibag calls Senate budget hearing ‘political,’ gets kicked out
Duterte inaugurates P684-M bypass road project in Quezon
Duterte: No drug dealers among the rich in PH
Don't miss out on the latest news and information.