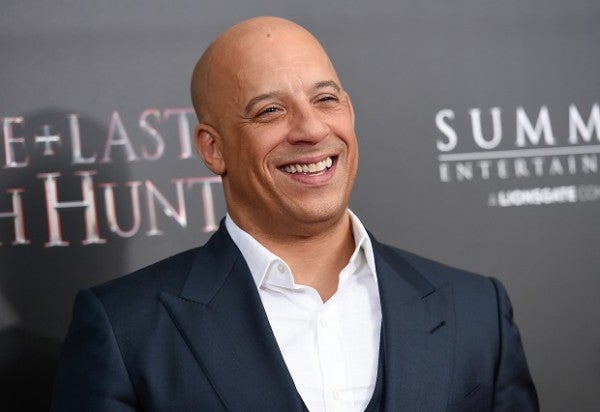 Vin Diesel choked back tears on Wednesday as he paid an emotional tribute to his dead “The Fast and the Furious” co-star Paul Walker at the CinemaCon convention.

The 49-year-old revealed it was Walker who insisted there should be an eighth installment in the $3.9 billion franchise, as he introduced “The Fate of the Furious” at the gathering in Las Vegas.

“Part of Paul’s legacy lives through every frame that we shoot… You are reminded of this angel that was so integral to this concept of brotherhood for our millennium,” Diesel said, fighting his emotions.

Walker was 40 when he died in a fiery single-vehicle crash in California in 2013, before the seventh film was released.

Tyrese Gibson, who has been in the high-octane franchise since “2 Fast, 2 Furious” (2003), echoed Diesel’s tribute. “The last time I was at this stage we were here with Paul Walker. We move and operate in the memory of Paul Walker,” he told the crowd at the Caesar’s Palace hotel.

In “The Fate of the Furious,” due to hit theaters on April 14, a mysterious woman seduces Diesel’s Dominic Toretto into the criminal underworld.

Diesel, now a producer as well as star, confirmed a previous announcement that the series would extend to at least a tenth movie. “As the world sees this movie, they’ll see how it’s the beginning of a new trilogy,” he said.

Diesel and Gibson were joined onstage by Ludacris and newcomers Kurt Russell and Charlize Theron before Universal delighted the CinemaCon audience by premiering the movie.

Read Next
Fil-Am teen progresses to Korean talent show’s finals
EDITORS' PICK
What to watch out for when selecting a video surveillance solution
House energy committee chair Arroyo bats for cheap electricity
DOH says COVID-19 cases plateauing, but public shouldn’t be ‘complacent’
23,000 cops to be deployed nationwide for school reopening
Look Through: The fate of impounded stray dogs
Unleash the photographer in you this World Photography Day with vivo smartphones
MOST READ
Sharon Cuneta asks for prayers for friend in ICU who suffered silent stroke
Korina Sanchez reunites with former ABS-CBN co-anchors Julius Babao, Cheryl Cosim
Light therapy could be the answer to your sleep problems
Solons file resolutions seeking probe on ABS-CBN, TV5 merger
Don't miss out on the latest news and information.