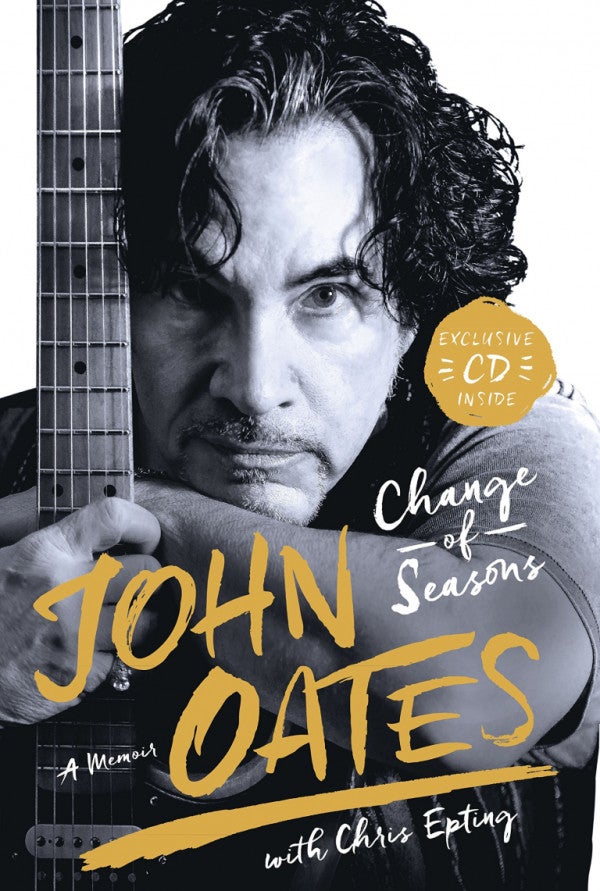 American musician and songwriter John Oates, best known as half of the legendary rock-soul duo Hall & Oates, is making his own perspective known with a new memoir.

“People think John and I live in the same house and spend all our time together. It couldn’t be further from the truth,” Daryl Hall told The Guardian in 2014 of his relationship with John Oates. “When we are off stage he does what he does and I do it my way. ”

That individuality is made clear in John Oates’s new memoir, “Change of Seasons”, finally out after two years of writing. If Hall & Oates still go together, in the collective mind, like peanut butter and jelly, Oates writes in his own voice, rather than providing a band biography. “Although his personal history converges frequently with that of Daryl Hall, his musical partner of over 45 years, it’s still very much a solo venture,” notes the AV Club. “The Rock And Roll Hall Of Famer has meticulously pieced together his memoir.”

Born in New York City and raised in rural Pennsylvania in an Italian immigrant family, Oates took music lessons from age five into his 30s. He kept handwritten journals in the 1970s to 1980, and began collaborating with Chris Epting to revisit his past, “like regressive therapy,” he told Parade. “The biggest challenge really was: how do I tell my personal story without telling the Hall & Oates story, because it’s been so much of my adult life?”

“Change Of Seasons” looks candidly at his middle-class upbringing, the music industry, the breakup of his first marriage, the perils of stardom, and personal responsibility. “Even five decades later, Oates isn’t close to writing his professional swan song,” the AV Club states. “It’s clear that he doesn’t think the creatively fecund times are in the past, though obviously his rock-and-soul collaborations with Hall will probably remain the high point of his career.”

The book ends with “to be continued…” but certain things are clear. Today, Oates lives in Nashville and is working on a project, anticipated for 2018, called “Hurt”. Initially conceived as a tribute to American country blues singer and guitarist Mississippi John Hurt, the music has expanded to become a modern take on traditional styles (swing, ragtime, 1920s- and 1930s-era ditties).

While Hall and Oates haven’t released a new album since 2006’s “Home for Christmas”, the duo performed at Atlanta’s Lakewood Amphitheatre in May 2016 (with guest Sharon Jones, one of her final performances) and at Music Midtown in 2015. This year, Hall & Oates will tour with Tears For Fears as of May 4, starting in Tulsa, Oklahoma. JB