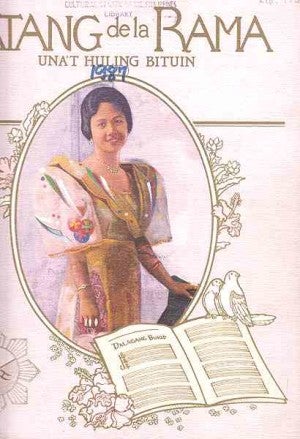 “We are fast expanding geographically,” said newly elected National Committee on Cinema (NCCinema) chair Teddy Co of the current state of the local filmmaking industry, adding that his 13-man team would be “the voice of the people outside the National Capital Region.”

The NCCinema is under the Subcommission on the Arts (SCA), one of 19 national committees of the National Commission for Culture and the Arts (NCCA)—a government agency mandated to create policies, as well as promote and implement programs connected to the arts.

“Ours is a diversified committee, but it has some strong personalities and intelligent people,” said Co, who’s also SCA chair.

“Thirteen brains. We have different specialties. Each one’s knowledge represents a different sector. We’re like the ‘X-Men.’ We will work together for the benefit of the film committee, the most obvious is in the form of grants,” Co told the Inquirer on Friday.

The 9-year-old Cinema Rehiyon is the committee’s flagship project. This year, it will be held in Nabunturan, Compostela Valley, from Aug. 22 to 27.

“We want to make sure that it is maintained. We almost lost it two years ago, because it encountered a lot of difficulties. We fought for it,” said Co. “Now, Filipino cinema is heading to the regions. Ten years ago, the regions didn’t have representation in government.”

The group will hold a two-day planning session in April, Co related. “We’ll think of programs we can offer to the public, mostly grants for film projects, festivals and distribution,” he added.

Incidentally, Philippine cinema will be celebrating its centennial anniversary this year. Co explained: “The first local film company, Malayan Movies, owned by Jose Nepomuceno, was built on May 15, 1917. It was in 1918 when Nepomuceno made the first documentary, and on Sept. 12, 1919, the first full-length film titled ‘Dalagang Bukid.’”

As NCCinema secretary, Villarama has visited universities in Tarlac, Davao, Laguna, Bulacan and Cebu to give lectures on film production.
“We aim to upgrade industry standards on production, as well as introduce marketing and distribution to the consciousness of filmmakers in the regions,” she explained.

Villarama observed that there was indeed a need for the government “to give the regions the platform to be exposed to good practices in filmmaking. More than anything, they need to see a lot of good films. They don’t have a lot of cinemas there, mostly just university AVRs (audiovisual rooms). We should really bring regional cinema to mainstream consciousness. That should be the core of this committee.”