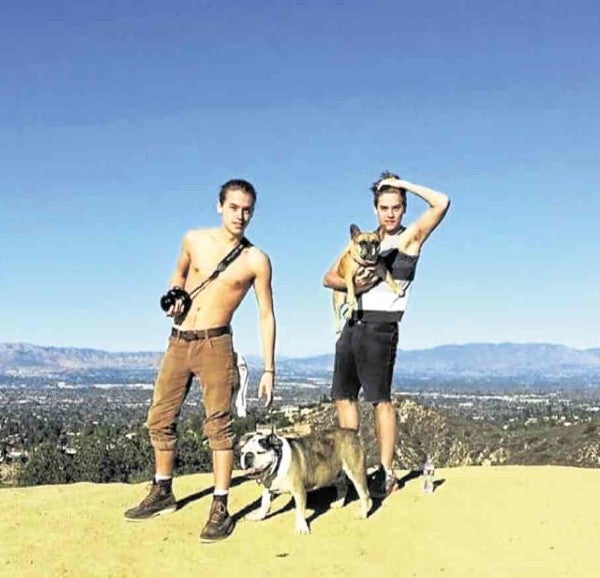 Former kid actors Dylan and Cole Sprouse have been in front of the camera since before their first birthday (in the series, “Grace Under Fire”) and were seen portraying one role in the Adam Sandler-starrer, “Big Daddy.” But the two became child stars with the Disney sitcom, “The Suite Life of Zack and Cody,” where they played separate characters.

While the former is venturing into the meadery business (via the All-Wise Meadery), the latter has returned to acting by way of “Riverdale,” where he’s been making heads turn as brooding high school student Jughead. The hit Netflix series has been officially renewed for a second season.

Esteemed actor Patrick Stewart told talk show host James Corden recently that while his longtime portrayal of telepathic mutant Charles Xavier has come to an end with the blockbuster superhero film “Logan,” it was still possible for him to change his mind.

In “The Late Late Show with James Corden,” Stewart hinted that he was open to reprising the role for an “X-Men”-related project. “Somebody has mentioned ‘Deadpool,’” he said, prompting an excited Corden to ask, “Professor X in ‘Deadpool’?”

“It’s not for me to say,” said Stewart, who was then asked by another guest, fellow actor Dan Stevens: “What about Professor X in ‘Legion’?”

After learning about the “huge” revelation, Corden asked the 76-year-old actor: “Are you in?”

Stewart responded in the affirmative, saying, “Absolutely! One hundred percent!”

No singing for ‘Mulan’s’ live-action retelling

The next Disney film that will get the live-action treatment is “Mulan.” But don’t expect the warrior-princess character to sing “Reflection”—or any other song, for that matter.

According to director Niki Caro, the movie will be an “incredible, muscular piece of girly martial arts extravaganza in China,” she told pop culture site ScreenCrush last week.

“Mulan,” which was originally released in 1998, centers on a girl who disguises herself as a man to join the Chinese army against invaders. The film is set for a 2018 release.—OLIVER PULUMBARIT