’Twas a ‘Lunch Date’ at dinnertime 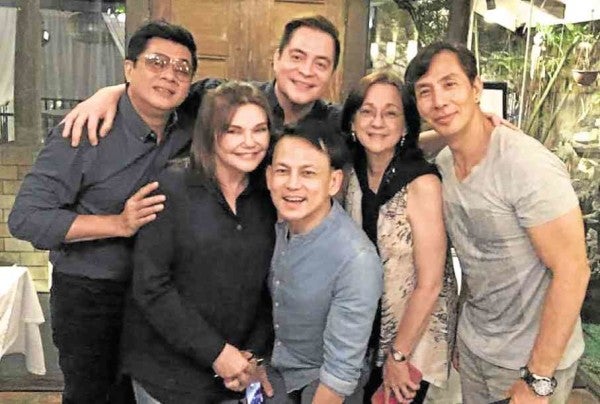 On hindsight, comedian Jon Santos thinks the reunion should have been set at lunch, because it “stretched way beyond dinnertime.”

Whenever the original hosts of the old GMA 7 noontime show, “Lunch Date,” gather for, well, a dinner appointment, expect nonstop chikahan galore—and they end up swapping stories like there’s no tomorrow.

Louie recounts: “They’re all very busy … I had to constantly badger them on the phone for this gathering to push through.”

“We waited too long,” Jon admits.

“I felt it was time since we are getting old na … and we all share a special bond even though we now lead separate lives,” Louie relates. “You could tell we missed each other so much!” 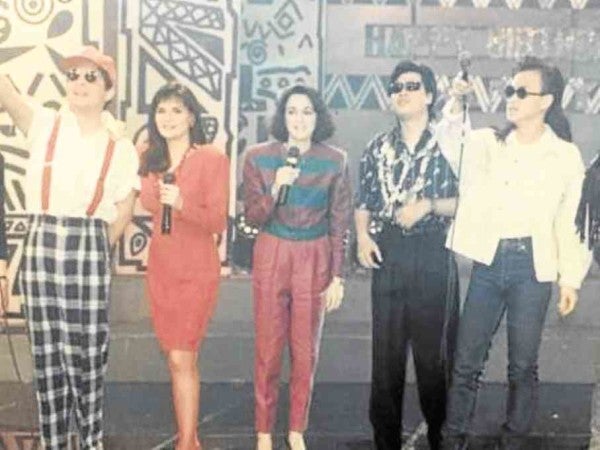 It was instant flashback and throwback combined.

“We talked about everything under the sun: Our families, memories, the staff, even our talent fees that we never discussed before,” Louie volunteers.

“My first salary was P500,”quips Jon, who started as a writer before moving up to hosting chores.

Louie points out that some of their coworkers eventually became top honchos in the industry, including TV execs Deo Endrinal, Enrico Santos, Riza Ebriega and Mildred Natividad. 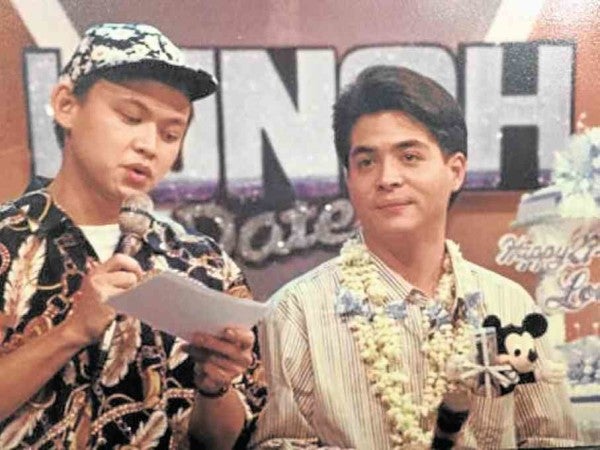 “[Comedian] Bayani Agbayani was our assistant that time, and now he’s a star,” Louie notes, with more than a tinge of pride.

“We talked about the 1980s … the silly dance contests, live TV booboos, our GMA 7 mentors, staffers and loved ones who have since passed on … like spinner Tina Velasquez,” Jon recounts.

“Tina was such a darling,” Louie says. “We are all very close … [like] one family. Our executive producer, Wilma Galvante, acted as our mother hen then.”

Louie acknowledges that the show was a special part not only of their growing-up years, but also of their loyal viewers’ halcyon youth.

“Lunch Date,” the little engine that could and did, somehow posed a major challenge to the reigning top-rater then, “Eat Bulaga,” especially during the time Randy became a pop phenomenon. (Remember those five-peso bills with Emilio Aguinaldo defaced to look like Mr. Shades?)

“There was one time, Joey de Leon (of ‘Eat Bulaga’) guested in our show,” Louie shares with the Inquirer. “In exchange, Jon appeared in ‘Eat Bulaga.’”

Joey and Jon, costars in the 1990 movie “Tangga & Chos,” agreed not only to cross-dress, but also to “cross-guest,” to promote the movie in both shows.

Louie confesses that he doesn’t have the nerves of steel to return to noontime TV now since competition has become cutthroat.

For a much-needed nostalgia trip, he can always depend on his pals, anyway.

“It’s the best feeling to know that even if we don’t see each other that often, we share a friendship that will last a lifetime,” Louie asserts.