Show biz lesson No. 1: Learn to read between the lines.

According to an insider, Scintillating Miss landed a lucrative endorsement deal because she was a no-nonsense professional.

The firm’s officers were supposedly impressed because SM was down-to-earth and easy to deal with—unlike some colleagues in the same studio.

Seems SM is the favorite of one Top Exec in particular. A source claims that TE has fallen head over heels in love with SM. Needless to say, SM was quite open to the idea of being TE’s part-time lover.

After all, SM has no problem sharing the man she adores with other women. How generous.

After years of hiding in the closet, Seasoned Hunk can now come up with all sorts of creative ways to deceive the public about his real gender.

Before going out on dates with a fellow cutie, SH drills him on how to respond to prying questions. If an acquaintance inquires about their “relationship,” the guy should say that he and SH are “business partners.”

That’s not an outright lie.

After all, they’re engaged in “monkey business.”

Blinded by love, PS didn’t think twice about hooking up with Notorious Playboy who was then involved with Beau teous Costar.

Cruel NP once asked BC to fetch him at work.

But then PS had arrived at the venue before BC. NP ended up going home with PS instead, leaving BC crying by her lonesome.

Now, NP and PS are a certified couple.

Will NP betray PS, too? Well, NP cheated with PS. What would stop NP from cheating on PS, too?

Glamorous Beauty wants to bolt from current Home Studio. Seems not a few people are unhappy with the glacial pace of GB’s career. Including GB.

GB is blaming the Big Bosses of HS.

But the BBs point the finger at GB, whom they describe as “flaky.”

Well, GB would drop everything and fly abroad with Hunky Sweetheart. Even Powerful Kin is growing impatient. 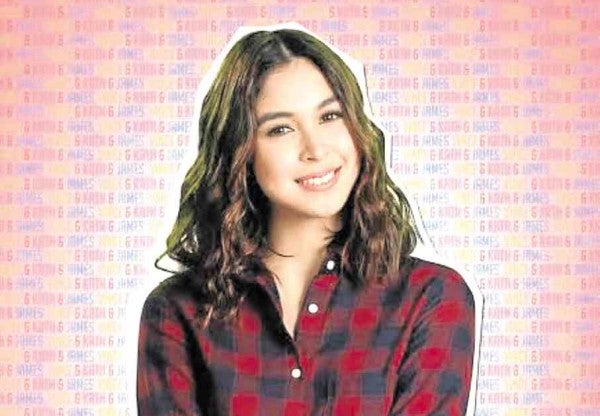 Read Next
Art and business go hand in hand for blacksmiths
EDITORS' PICK
Leveling up your ‘lutong bahay’ with the kitchen companion you never knew you needed
SM prepares for ‘safe malling’
Notice of 2020 regular meeting of stockholders June 18, 2020
LIST: What to expect in areas under GCQ, MGCQ
Drilon wants repeal of penal provisions in proposed Bayanihan extension law
DOTr bares 2 phases of public transport revival in GCQ areas
MOST READ
LIST: What to expect in areas under GCQ, MGCQ
Hong Kong loses US ‘special status’ — what next?
Duterte approves Metro Manila’s shift to GCQ starting June 1
Bocaue Mayor Joni Villanueva passes away, Sen. Villanueva confirms
Don't miss out on the latest news and information.