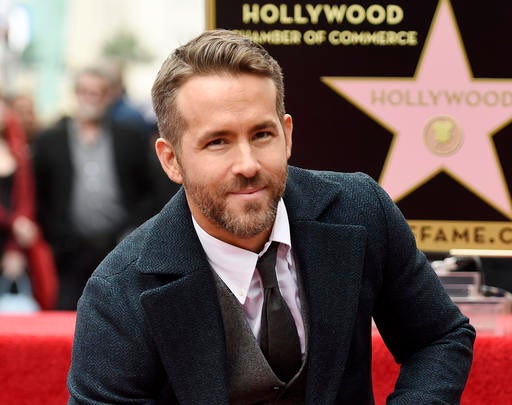 In this Dec. 15, 2016, file photo, actor Ryan Reynolds poses at a ceremony honoring him with a star on the Hollywood Walk of Fame in Los Angeles.  (Photo by Chris Pizzello/Invision/AP, File)

Ryan Reynolds just dropped another tidbit about his lively and lovely wife on air, this time regarding who is the better cook between her and fellow actor Jake Gyllenhaal.

In an interview with “Good Morning America” on Thursday, the “Deadpool” actor frankly ruled that his “Life” co-star was the better cook than his wife, actress Blake Lively.

“I live up in the burbs, and he comes over. My wife is very good at cooking, and Jake might just be a little bit better,” Reynolds joked. “He can throw down. It gets very competitive.”

Realizing what he said would sadden his wife, Reynolds quipped, “I’m moving out at the end of the month. I’m actually moving out right now, under this desk. I’m already making plans.”

WATCH: “Blake my wife is very good at cooking and Jake (Gyllenhaal) might just be little bit better.” @VancityReynolds pic.twitter.com/GoLPR0vbKo

Setting aside the kitchen feud, Reynolds, 40, narrated how his friendship with Gyllenhaal, 36, persisted even after taping for the upcoming sci-fi flick “Life.” “I’ve probably done almost 50 movies in 24 years, and every time you work with people, you’re like, ‘I’m gonna hang out with this guy all the time.’ And you never see them again,” he said.

He added, “I think he’s easily the most interesting actor working in Hollywood today. Definitely one of my favorites, and then at the same time, he’s one of the kindest guys I’ve ever met. We’re hanging out all the time. We live near each other.”

Reynolds, who fathers two daughters with Lively, will star in the much-awaited sequel for “Deadpool 2” and in “Life,” alongside Gyllenhaal and Rebecca Ferguson.

“Life,” a story focused on astronauts discovering extraterrestrial life on planet Mars, will be initially shown in theaters in the US on March 24.  Gianna Francesca Catolico /ra

Jake Gyllenhaal, Sally Field out of their comfort zones