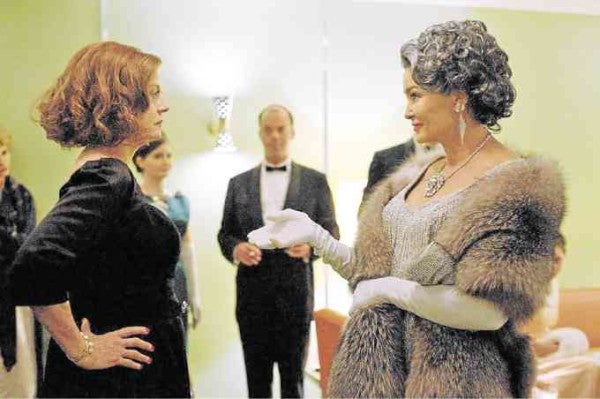 Susan Sarandon (left) as Bette Davis, whom Ryan Murphy got to meet and interview, and Jessica Lange (Joan Crawford) in “Feud.”

LOS ANGELES—“Darren Criss is one of the most exciting young performers in the world of film, TV and stage today,” Ryan Murphy told me about why he cast the Fil-Am actor as Andrew Cunanan in his coming “Versace: American Crime Story.”

Ryan, who previously worked with Darren on “Glee” and “American Horror Story,” explained, “We have been talking for several years about doing something dark and adult together. And this role seemed like an exciting and unexpected fit.”

Darren, for his part, tweeted about collaborating with the Golden Globe- and Emmy-winning director, writer and producer: “Needless to say, very excited and grateful to be working with my friend @MrRPMurphy again.”

Edgar Ramirez will portray Gianni Versace, who was killed by Andrew outside his house in South Miami Beach. Ryan has already announced that Lady Gaga is not playing Donatella Versace, the late designer’s sister. Edgar was quoted as saying he already knew who would play Donatella.

Still on Ryan, add “Feud” to his list of successful TV shows. The eight-part FX Networks series focuses on the legendary rivalry between Bette Davis (Susan Sarandon) and Joan Crawford (Jessica Lange) as it also explores ageism and sexism that were and still are prevalent in Hollywood today.

Excerpts from our chat with Ryan on the 20th Century Fox lot:

On writing a fan letter to Bette when he was only 10 and then eventually meeting the screen icon in person: Bette Davis reminded me so much of my grandmother, who raised me. When I was very young in Indiana, there was a thing that was called “The Sunday Night 11:30 Movie.” It was always usually Bette Davis movies, so I would sneak out of bed and watch it.

I only wrote two fan letters in my whole life. One was to Bette Davis and the other was to Horshack (played by Ron Palillo) from “Welcome Back, Kotter.” Horshack did not reply (laughs), but Bette Davis did.

I asked her for an autograph, but I kept writing to her. Then, I became a journalist. I had a syndicated column. I was very young. I think I was 20 when her lovely assistant Kathryn Sermak said, “Bette Davis has agreed to talk to you. You get 20 minutes.” I flew out to LA on my own dime. It was the first time I had ever been to LA.

I dressed up. I got her favorite flowers. I was very nervous. She lived in this place called Colonial House. She buzzed me up. I spent four hours with her. She was very lonely. She died, I believe, a couple of weeks later.

So a lot of the stuff in this show is from talking to Bette that never made it into my original piece. She was full of fire and lonely at the end of her life. I remember we sat in front of this huge picture that a fan had done of her as Jezebel. We chain-smoked the whole time.

She and her assistant were lovely to me.

Bette let me hold her Oscars. We have a scene (at the Oscars) coming up. One of her Oscars has almost all the gold plate gone. That’s because she would hold it in bed when she watched TV. It was like her pet. 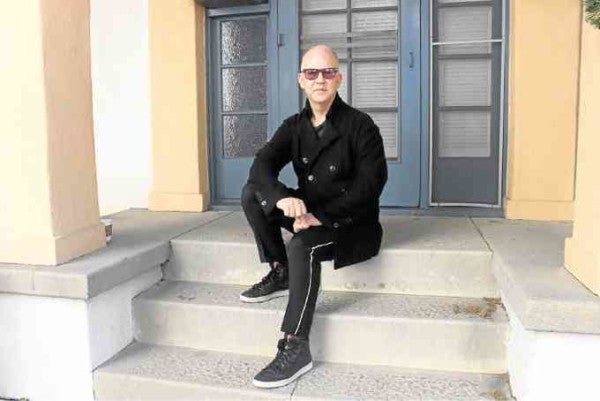 On how the “Feud” project originated: A year ago, I formed in my company a foundation called Half. I realized that I was not doing enough within my own company for women.

The goal was that half of all the directorial slots in my company from that day forward … and half of the crew would be women.

While I was doing that, I was talking to a lot of women about issues, how the business could do better. I was very moved about that and the things that women were telling me. At the same time, I started working on a show called “Feud.”

I realized that I already owned, with Dede Gardner and Brad Pitt, a script called “Best Actress” that was about this idea.

I had been talking to Susan and Jessica about doing it as a movie since 2009. But we could never figure it out because I wanted it to be deeper and explore these issues.

All of that came together. I went to everybody and said, “What if we do this as an eight-hour movie, an anthological series, and really get into the women’s issues—sexism, ageism, misogyny?”

Joan Crawford talks about that in the pilot—the “it” girl phenomenon. There’s no “it” boy phenomenon. When we were making the show, everybody thought Hillary Clinton was going to win the election so we thought we were being ironic. It’s a much different world than it was for Bette and Joan.

Then, we woke up in the middle of shooting episode six and Hillary did not win. So the show then became even more important to me … and more bittersweet.

On his own feuds in real life: I will not name names, but I’ve had some doozy feuds with some actors. What I realized in writing this show was, I’m a really good “feuder.”

Before I had my kids, I would not back away from a feud. But what this show made me realize was stepping away from that—why was I so mad at them when I wouldn’t be mad at somebody else who did the exact same thing? What I realized was, oh, it was an affection or I wanted to feel loved and didn’t get it.

I had maybe two long-simmering bad relationships happening with people. But while doing the show, I have reached out to those people. One of them was receptive, and we talked about it. Now, we’re friends again. One refused to.

The show has a universal appeal because everybody has had a relationship, either romantic or a friendship that ended, and then you look back. You’re like, oh, I regret that. It was for me, and it definitely was for those two (Bette and Joan).