Ed Sheeran: ‘Shape of You’ originally written for Little Mix 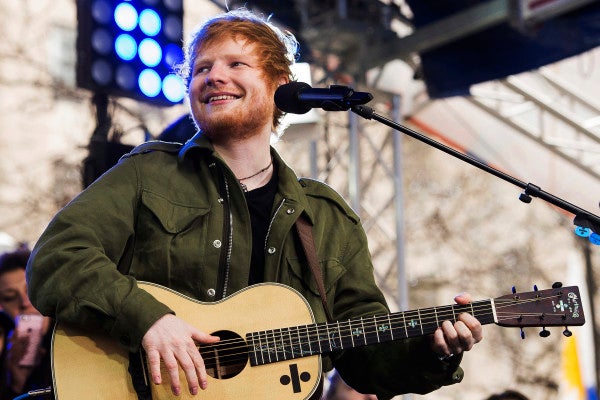 Just recently, Ed Sheeran released “Shape of You,” a song that’s part of his newest chart-topping album “Divide.” But don’t you know that “Shape of You” was actually intended for British girl group Little Mix?

“We started it for Little Mix, originally,” Sheeran said in an interview with BeBox Music on Thursday. “And then it kind of, like, halfway through, I thought [it could be] actually this could be good for Rihanna.”

Instead of offering the song to members Perrie Edwards, Jesy Nelson, Leigh-Anne Pinnock and Jade Thirwall, Sheeran adjusted the beat and kept the song to himself.

“Then more of the way through, we were like, yeah, this is actually pretty good we should keep it,” he explained. “I didn’t wanna keep it…but this was way before. I kind of sunk my teeth to it and put acoustic guitars to it and made it a bit more loop pedal-friendly.”

Also, the British singer-songwriter, 26, admitted that he “tweaked” the song a bit to suit his acoustic upbringings.

“Originally, instead of ‘my bed sheets’ it was meant to be ‘my T-shirt smells of you’ or something like that, but I changed it to bed sheets so it could be androgynous,” Sheeran concluded. This could be a good move for Sheeran, as “Shape of You,” annihilated records on music-streaming app Spotify with 53 million hits one week after its release.

Just like Sia and Jessie J, Sheeran contributes song pieces for other pop artists to sing. In fact, Justin Bieber’s biggest hit last year, “Love Yourself,” was actually penned by Sheeran and originally preserved for “Divide.”

“That was a song I had written for ‘Divide’. It just wouldn’t have made it and then Justin took it and did his thing on it and released it as a single and made it what it is,” he told 97.1 AMP Radio last January, He also admitted that he composed Bieber’s other pop anthem, “Cold Water.”

“Divide” is currently the fastest-selling album in his home country, the United Kingdom, with an astonishing 672,000 copies on its first week.  Gianna Francesca Catolico /ra

Ed Sheeran: Bieber’s ‘Love Yourself’ was originally for my album