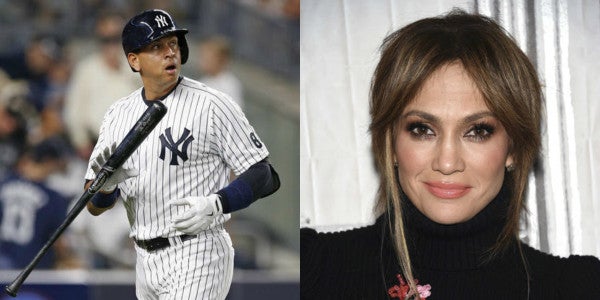 Jennifer Lopez and Alex Rodriguez have been reportedly dating for the past several weeks.

First reported by LoveBScott, sources confirmed to People that the “On the Floor” songstress and the former New York Yankees third baseman-turned-Fox-Sports-analyst were seeing each other. “They have been dating for a few weeks,” the source gossiped to the entertainment site.

“She seems excited,” another source close to Lopez, 47, said. “He has been around her family and she really likes that he is a dad. She is aware, though, that he is a ladies’ man too and is being cautious. For now, it’s just fun. She is single and enjoys dating.”

Also, Rodriguez, 41, was recently spotted backstage at one of Lopez’s performances in Las Vegas.

So what qualities does J-Lo like from A-Rod? “They are really into each other because they have so much in common—from their Latin roots to their love of New York, and their kids,” one insider told Page Six. Also, Rodriguez has two daughters with ex-wife Cynthia Scurtis, while Lopez has two kids with ex-husband Marc Anthony.

Rodriguez, whose former flames include Kate Hudson and Cameron Diaz, called it quits with Silicon Valley CEO Anne Wojcicki last February after a year of dating.

Jennifer Lopez back on TV with ‘Shades of Blue’ Season 2