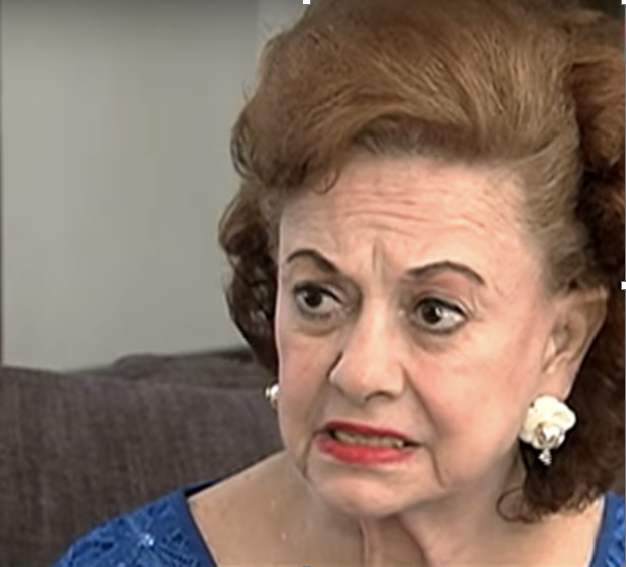 Maggie Dela Riva was one of the most beautiful actresses in the country during her youth. But aside from being a showbiz personality, she is also remembered as a rape victim in the late 1960s who staunchly fought for justice until she was able to send her aggressors to the electric chair.

Now, despite the capital punishment being revived, Dela Riva is extremely disappointed that rape was not included among the crimes punishable by death.

In a recent interview with ABS-CBN’s “TV Patrol”, the former actress expressed extreme dismay that only drug-related crimes were subject to death penalty, hence excluding heinous crimes such as rape.

Dela Riva said she was once asked, “How does it feel like to be responsible for the death of four men?”

She said she simply answered, “I’m not responsible for the death of four men. They did it to themselves. They had the power of choice. They chose to be evil. They had to meet the consequences of their action.”

The 74-year-old actress actually intended not to grant interviews anymore as she is repeatedly disappointed with the ever-changing version of the bill.

(I stopped giving interviews because we don’t seem serious about it, given the constant forward-and-backward progress of the bill.)

However, because of the recent developments in the revival of the death penalty, she takes a stand once more.

“I think they’re [lawmakers] skirting the issue. They don’t want to make a bold stand, hindi na pasok ‘yung rape, hindi na pasok ito so what happens is wala nang natitira (Rape was not included, hence, nothing is left.),” she stressed.

“It should not be limited to drug related cases. All heinous crimes, regardless of whether drug-related or not [should be included].”

In the end, she still hopes that rape, as well as all heinous crimes, would be included in the list of crimes punishable by death.

“Me, I’ve already forgiven, but forgiveness does not mean that you will not allow the law to take its course. Yung actions nila, pagbabayaran nila (They would have to pay the consequences of their actions),” she said.

In a vote of 216 “in favor” over 54 “against” with one “abstain,” House Bill 4727 or the revival of the death penalty has passed its third and final hearing at the House of Representatives.

Maggie Dela Riva was raped by four young men from rich and influential families in 1967. She pursued her case relentlessly and through her courage, her rapists were sent to jail and eventually executed via electric chair in 1972.

One of the four had reportedly died by drug overdose in jail before he was able to serve his death sentence. JB