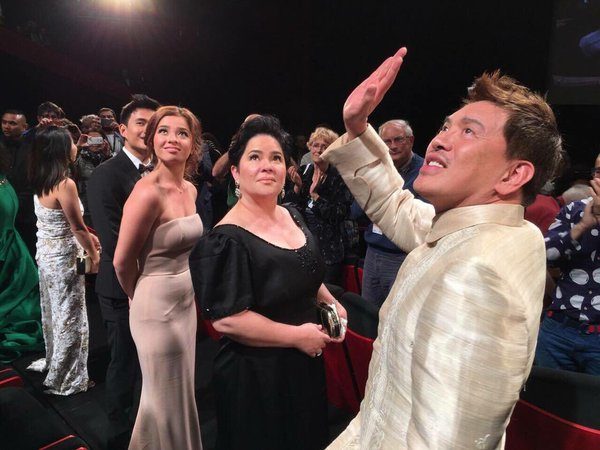 FILE – Brillante Mendoza waves at the audience. Beside him are actresses Jaclyn Jose and Andi Eigenmann. Contributed photo by David Fabros

This is the second Best Director award for Mendoza after he won at the Gijon International Film Festival last November.

“Ma’ Rosa” with lead actress Jaclyn Jose is a story of a mother who runs a convenience store while selling drugs on the side with her husband to make ends meet. She earlier won Best Actress at the Cannes International Film Festival.

Meanwhile, Philippine-Malaysian collaboration “Singing in Graveyards” was named the best film, featuring Pepe Smith. It is about a Filipino rock star icon as someone impersonating a rock star. It was directed by Bradley Liew.