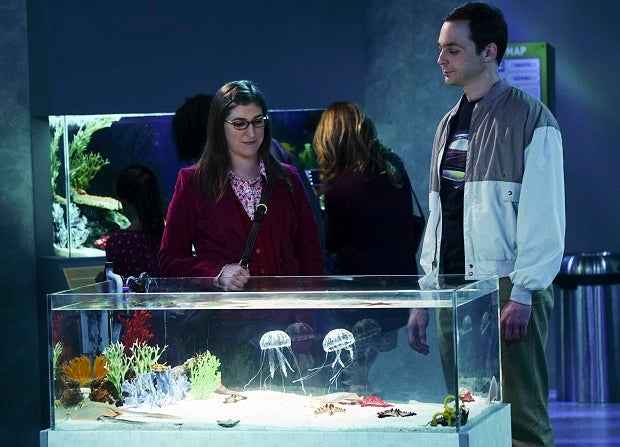 Jim Parsons (right) as Sheldon and Mayim Bialik (left) as Amy, in a scene from the television series, “The Big Bang Theory”. AP file photo

Over the course of ten successful seasons, critically acclaimed sitcom “The Big Bang Theory” displayed a noticeable shift towards their focus on main characters.

The inclusion of characters Amy Farrah Fowler and Bernadette Rostenkowski, played by Mayim Bialik and Melissa Rauch respectively, has contributed greatly to the show’s success.

Recognizing the duo’s value to the show, the lead actors have reportedly agreed to take $100,000 pay cuts from their $1 million per episode salaries for the upcoming seasons 11 and 12.

The money, as per Variety, will then be used to increase the salaries of Bialik and Rauch. Prior to their co-stars’ noble gesture, the two were making around $200,000 per episode.

Both actors entered the series as minor characters in season 3, but eventually became lead stars after seven years.