Mahal does a De Lima 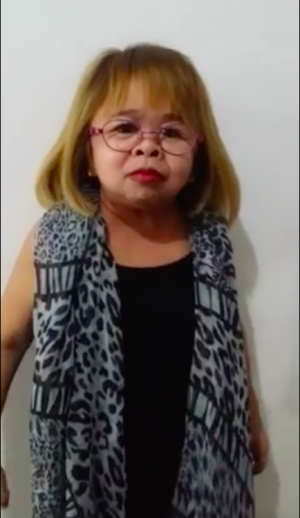 Comedian Mahal (real name Noemi Tesorero) sets the online world on funny mode once more as she channels a Sen. Leila De Lima in yet another video that is now going viral on the internet.

Uploaded on Friday, the video, entitled “Before arrest,” has already gained more than half a million views as of this writing.

Given Mahal’s natural comedic delivery of any line, her mimicry of the controversial senator has got netizens laughing if not asking what she was actually saying, among others.

In the video, Mahal is made up to look like De Lima, with the signature shawl and pair of eyeglasses. She does a funny version of the senator as she blasts the administration.

Mahal previously released parody videos of her doing a Leila de Lima, which have surfaced over the net. The said videos also went viral. /ra