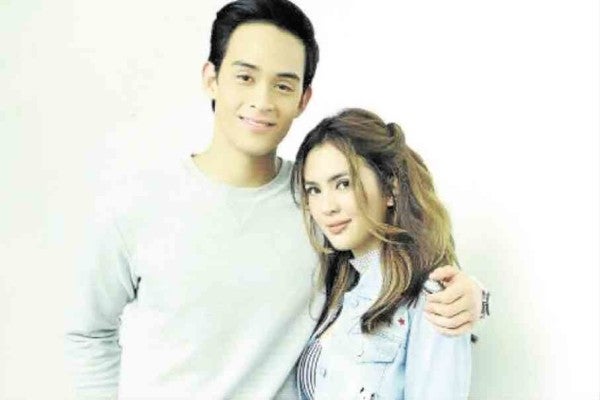 Teen actress Sofia Andres officially denied being in a romantic relationship with rumored boyfriend and onscreen partner Diego Loyzaga, although she admitted to a “very close,” mutual bond.

“It’s still too early for Diego and I to be focusing on love. We both want to be successful actors,” Sophia told the Inquirer at a recent press conference for her latest project, Regal Films’ horror flick “Pwera Usog” (opens March 8).

The 18-year-old actress added: “We’re here for each other. We’re very close because we have a ‘teleserye’ together. We hope to start taping for it next week. I’m very excited for that.”

Sofia said she would rather not put a label on what they have for each other. “We go out and chill. There’s really no intense emotion involved. We click because aside from being gym buddies, we both love food and watching movies.”

“We’re always in the gym together. I can prove to you that he is a good guy,” said  Sofia, reacting to rumors that Diego, 21, was a drug user.

Sofia said she and Diego took tests together, and the results showed they were both negative for drug use. She explained that people suspected Diego was taking illegal substances because the actor lost a lot of weight recently.

Sofia explained. “I feel sad for him because he is doing everything he can to prove people wrong, but he still gets negative comments on Instagram, accusing him of being an addict. I know Diego. His image maybe that of a basagulero (brawler), but he’s really a good guy.”

Diego recently took to Twitter the alleged mistreatment he had received from his father, actor Cesar Montano.

Diego, Cesar’s son with actress Teresa Loyzaga, was raised in Australia. He returned to the Philippines in 2011.

“Diego told me about what he went through with his dad,” said Sofia, referring to Diego’s claim that he was driven out of their house by his own father. “I just know that he was really hurt.”

Sofia, who was at home when she read about Diego’s outbursts, said she didn’t talk to the actor about it until after a week, when they saw each other at work. “I can’t blame him for what he did,” she said, adding that the pain in Diego was obvious. “He was crying silently when we were discussing it. It was the first time I saw him like that.”

Sofia, however, said Cesar had been “very nice” to her when they first met. “I ate at his house. He treated me well. I have no problem with him,” she recalled.

“Diego is feeling better now,” Sofia added. “I guess the hurt is still there. Healing and forgiveness is a day-to-day process. His mom and I are here to remind him that he should be happy for all his blessings.”