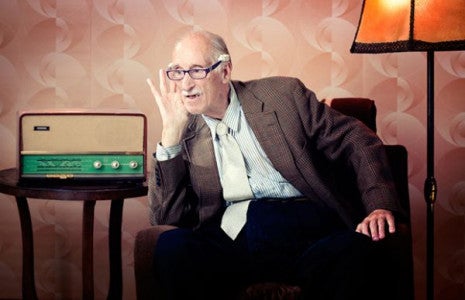 The crooning sounds of Glenn Miller and the Andrews Sisters now fill the airwaves in Bulgaria and the change in tune unexpectedly struck the right note with listeners, particularly among older generations. Image: Tempura/Istock.com via AFP Relaxnews

Bulgaria’s public radio has been given a surprise boost in listeners after a copyright war limited the broadcaster to airing music recorded at least 70 years ago.

The station has been playing classical music and long-forgotten jazz and folk pieces for almost two months now after its management refused to pay increased annual royalty fees to the Musicautor performers’ rights organization.

The refusal has forced the radio to drop contemporary music and dig up older tunes from its dusty archive. Under European Union regulations, copyright lasts for 70 years after a composer’s death.

Instead of Rihanna and Justin Bieber, the crooning sounds of Glenn Miller and the Andrews Sisters now fill the airwaves.

The change in tune unexpectedly struck the right note with listeners, particularly among older generations. Pensioners make up around a third of Bulgaria’s 7.4-million-strong population.

“Instead of punishing us, the switch has boosted our listener base,” BNR spokeswoman Nikoleta Elenkova told AFP this week, as a new round of talks with Musicautor failed.

A listeners’ survey conducted by the IPSOS institute showed a 20 percent boost in listenership in January, when the changes took effect, compared to the average monthly levels in the fourth quarter of 2016.

With a share of 16.5 percent, the station moved one place up in the ranking of the most popular stations and is now third behind two music sations, IPSOS said.

“The music that the radio played before—a bad mix of Bulgarian and foreign pop—annoyed me,” said Galina Savcheva, a beautician in her fifties.

“Now I love turning back to the BNR for some Mozart, Vivaldi or foxtrot, which reminds me of my grandmother,” she added.

BNR’s chief executive Alexander Velev said the positive feedback had prompted the station to “re-examine (its) music shows and take into account the taste of our listeners.”

In a further twist, many young performers used the copyright row as a chance to promote their music by voluntarily ceding their rights to the BNR.

Dare to be different

The radio used to pay Musicautor an annual fee of 500,000 leva (256,000 euros), which according to the organization was much lower than what private broadcasters paid. It now wants a raise of 250 percent.

The BNR filed a lawsuit against Musicautor in January.

Supporters on social media urged the station “not to give in.”

“Dare to be different and your audience will grow,” read another comment.

But the rights organization hit back, with director Ivan Dimitrov saying that “the data for a rise in listeners numbers is nothing but a bad attempt for more publicity.”

“We only demanded a gradual [increase] over five years,” he added. JB