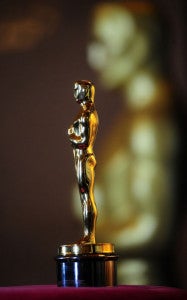 Hollywood’s elite gathers at the Dolby Theatre for the 89th annual Academy Awards on Sunday (Monday in Manila) to reward the best in acting, writing and filmmaking talent.

Almost every ceremony has thrown up surprise winners, sensational snubs and other memorable moments since the first of around 3,000 statuettes was given out in 1929.

Here are some fun facts and figures to help you navigate the show:

The youngest person to receive an Oscar was five-year-old Shirley Temple in 1934, although it was an honorary award for children. The youngest to win a competitive Oscar was Tatum O’Neal, who was 10 when she bagged best supporting actress for “Paper Moon” in 1974.

The oldest winner was Christopher Plummer, who was 82 when he took home best supporting actor in 2012 for “Beginners.” The oldest best actor winner was Henry Fonda, for “On Golden Pond” in 1982. He was 76.

The oldest nominee remains Gloria Stuart, who was 87 when she was recognized for her role as an elderly Rose in 1997’s “Titanic”.

The only Oscar winner with Oscar-winning parents is Liza Minnelli, who won best actress for “Cabaret” in 1973. Her mother Judy Garland received an honorary award in 1939 and her father Vincente Minnelli won best director in 1958.

Big winners and one huge loser

The only movie to achieve a clean sweep of every award for which it was nominated is “The Return of the King” while three contenders—”It Happened One Night” (1934), “One Flew Over the Cuckoo’s Nest” (1975) and “The Silence of the Lambs” (1991)—have swept the “big five” awards (best picture, actor, actress, director and screenplay).

Meryl Streep holds the record for the most nominations for acting, with 20. She and Jack Nicholson, who was nominated 12 times, each have two statuettes for lead acting and one for supporting roles.

The movie industry figure with the most Oscars is Walt Disney, who won 22, plus four honorary statuettes.

Sound engineer Kevin O’Connell goes into the 89th Academy Awards with his 21st nomination. He has lost on each occasion, starting with “Terms of Endearment” in 1983, earning him the title “the unluckiest nominee in history.”

The longest acceptance speech was given by Greer Garson, best actress for 1942’s “Mrs. Miniver”. She is believed to have held forth for between five and seven minutes.

Antony and the Johnsons singer Anohni, the first transgender performer nominated for an Oscar, boycotted the awards gala last year after she was not asked to perform. She was in contention for best original song for “Manta Ray” from the documentary “Racing Extinction”.

At a height of 13.5 inches (34 centimeters) and weight of 8.5 pounds (nearly four kilos), the Oscar is officially named the Academy Award of Merit. Bette Davis claimed to have nicknamed the trophy after her first husband Harmon Nelson’s middle name, although she later withdrew the claim.

Around 3,000 Oscars have been handed out since 1929, and it takes around three months to produce a batch of 50 statuettes.

The first person to refuse an Oscar was Dudley Nichols who won best screenplay in 1935 for “The Informer”, although he eventually accepted in 1938. In 1973, best actor winner Marlon Brando sent a Native American woman named Sacheen Littlefeather to read a prepared statement in his place when he declined his award for “The Godfather”. JB