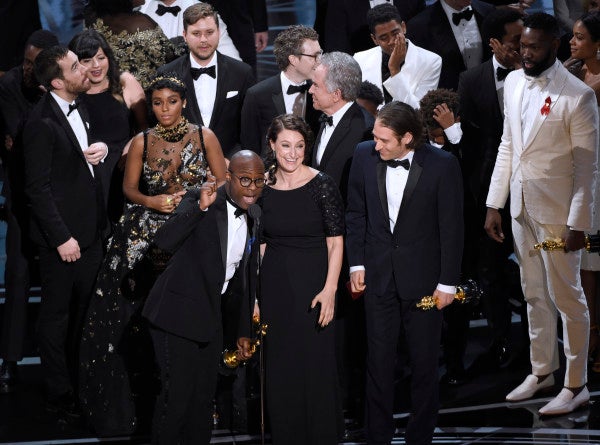 Barry Jenkins, foreground left, and the cast accept the award for best picture for “Moonlight” at the Oscars on Sunday, Feb. 26, 2017, at the Dolby Theatre in Los Angeles. AP

List of winners for the 89th annual Academy Awards presented by the Academy of Motion Picture Arts and Sciences.

Costume Design: Colleen Atwood, “Fantastic Beasts and Where to Find Them.”