The good news according to Vicky, Mike and Mel 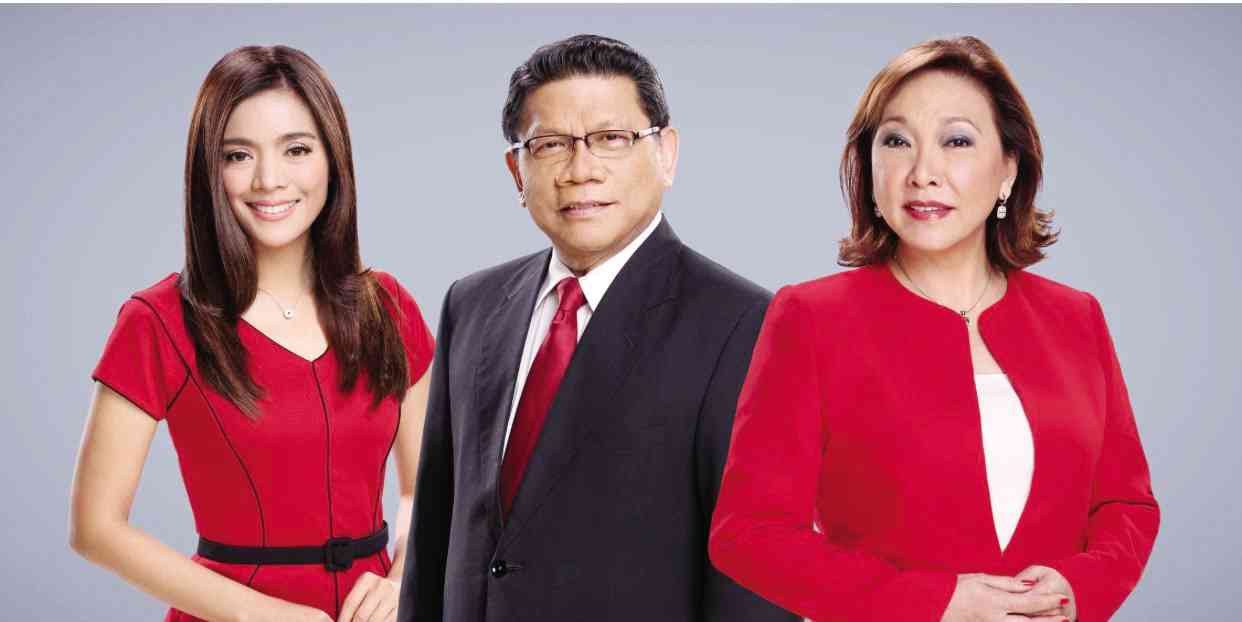 I have fond memories of my teen years as a newscaster on RPN 9’s “Junior Newswatch” many headlines and scoops ago. That’s why I am fascinated by news anchors like Vicky Morales, Mike Enriquez and Mel Tiangco.

For a change, the formidable trio of GMA 7’s top newscast, “24 Oras,” won’t be reporting the news. My column today is about them, to help viewers get to know them a little more.

Here’s my chat with Vicky:

Who is your favorite interviewee? I enjoyed interviewing Larry King, since he has spoken to more personalities than any other interviewer in the world. It was interesting to have him answer questions for a change.

We talked about tips on how to become a good interviewer. He said that a person learns more from listening than from talking. Listen intently to what the other person is saying, so that you can formulate good followup questions.

He said that he avoids asking long questions because this would seem to the viewers that the interviewer merely likes the sound of his or her own voice. The person being interviewed should be the focus. Concise and to-the-point questions are most effective.

If you would try acting just once, what would you play and which actor would you work with?  If only I had the voice and the moves, I’d love to play a role similar to the one Emma Stone played in “La La Land.” For my costar, I’d choose someone with a sense of humor and loads of patience to put up with all the mistakes I might make along the way.

What’s the toughest part of your job? I find it tough when it takes me away from my kids.

If you had a headline about your life and achievements, what would it be? Never say die.

My chat with Mel:

Among all the stories you covered, which impacted you the most? Going up to Oriental Mindoro with the Mangyans in 1984. I stayed with them for several days and immersed myself in their culture and way of life. It was the coverage that opened my eyes to serving the people. They became my friends and we became close. In sum, that was the time I fell in love with public service.

What’s the secret of your staying power? There’s no secret. I just do my work as best I can. I take my duties as a broadcaster seriously. Character and integrity are important in my profession—and I practice that to the hilt.

Who’s your dream interviewee, and what three questions would you ask him/her? God. I will ask Him, “Is resurrection true?” It’s not that I don’t believe in resurrection—I’m a Catholic. But I want Him to expound on it, because I think it will make the world a better place. People will be kinder to each other if they’re given a second life, because they already know the wrong things they did in their first life.

I’d also like to know if He doesn’t get tired of listening to people’s prayers over and over again. And could He make miracles more [comprehensible] to people?

My chat with Mike:

How did you come up with your unique way of reporting the news? It’s a carry-over from my days as a disc jockey (DJ) in the late ’60s. Adlibbing then was referred to as “the barker style.” You had to be fast and extemporaneous—no script, no talking points, no bullets, no written guides.

How do you handle an interviewee who asks you to keep parts of the story off the record? I use sound judgment. I don’t commit to what I cannot agree with. And I tell that to the interviewee.

Among all the stories you covered, which impacted you the most and why? The 13-year-old girl who lost her mother and three siblings in the Payatas tragedy; the missile attack in Kuwait during the Iraqi war, and the wake and funeral of Saint John Paul II. But I do my best and treat all my stories with similar importance.

What’s the toughest part of your job? Waking up at 4:30 a.m. for five days, every week.