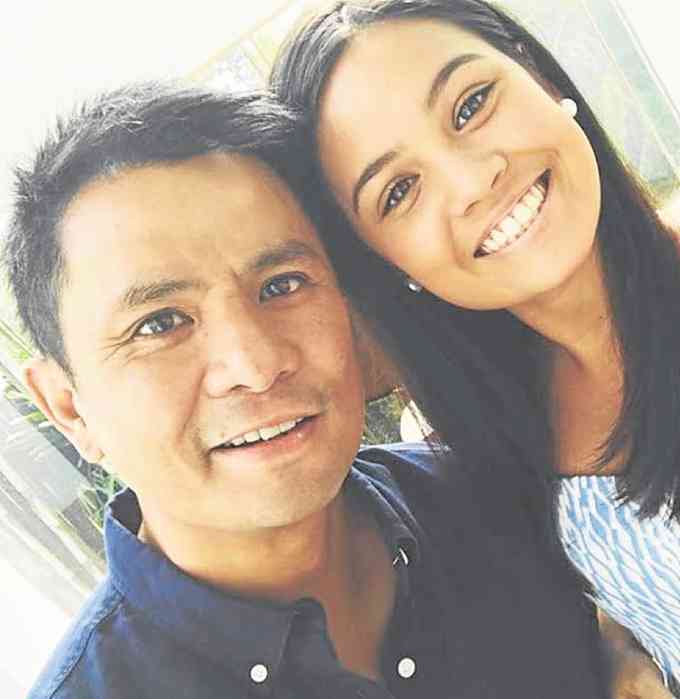 Ogie Alcasid’s 19-year-old daughter, Leila, is quite a stunner. She is beauty queen material just like her mom, Miss Australia 1994 Michelle van Eimeren.

After living in the Land Down Under for most of her teenage life, she is now staying here in Manila to reconnect with her “Filipino” side.

Leila shares with readers her views about Aussie and Pinoy life in her blog, leilaalcasid.com

She is confidently stepping out of her parents’ shadow to shine in her own light.

Here’s my chat with Leila:

What’s your advice to children who have difficulty accepting the second family of their parents? Be open-minded. Avoid having preconceived ideas about how the second family will treat you, because all that does is create unnecessary barriers. Always be understanding and patient.

What advice from your father do you find hard to follow? I think the hardest advice to follow is ignoring the negative opinions of people who don’t know you. It’s a straightforward advice, but it’s something that’s easier said than done.

How is Regine (Velasquez) not like the typical stepmom? She treats me as her own and welcomes me into her home in a way that makes me feel like I’ve always lived here.

She understands the difficulty I’m facing being away from my mom, stepdad and sister, so she’s extra understanding and compassionate.

What’s something people don’t know about Ogie and Regine? They’re incredibly generous. They do so much for Filipinos behind the scenes, and expect nothing in return. I think it has a lot to do with their strong faith, which is something I admire.

Do you want to join Binibining Pilipinas or Miss Australia like your mom? I don’t think I’d want to join, simply because I have other interests I want to pursue and I’d rather spend my time working on those.

I’ve never really seen myself as that kind of girl, but I have a lot of respect for people game enough to try it—especially my mom!

What’s the best part of being Ogie’s daughter? He’s incredibly humble. It’s definitely the best part because I see the way he is so widely respected and admired in this country—the kind of admiration that can sometimes make a person’s ego grow, yet he stays simple, kind and thankful.

What’s the toughest part of being Ogie’s daughter? Wanting to make him proud. I hold my dad and his achievements in very high regard, and so I want to try and do my best in order to come close to his accomplishments. He always says he’s already proud of me, though. I’m very lucky for that.

In what ways are you Australian and in what ways are you Filipino? I think my humor has a heavy Australian influence—we’re into sarcasm. Australians are also laid-back. I am obsessed with Filipino food so maybe that’s one thing. Overall though, I feel as much at home here as I do in Australia. I love both parts of my heritage equally.

What prompted you to blog? My parents were the ones who encouraged me. I’ve always been deeply interested in writing, so I guess they saw it as a way for me to express myself. Initially, I was unsure about it, but now that I’ve posted a few entries, I definitely see it as a creative outlet.

If you would write an entry about your father, what would the title be? “Wisdom, Creativity and Love: All Wrapped Up in One Li’l (But Extraordinary) Almost 50-year-old Man.”

I was looking for something new to watch when I chanced upon “Tsinoy” on TV5 one Saturday. The heartwarming series was directed by Cannes winner Brillante Ma. Mendoza, who will direct more episodes set in different scenic spots in the country. It was a refreshing change to see a well-crafted made-for-TV movie on a weekend during primetime.