Denise Laurel promises never to give up on love 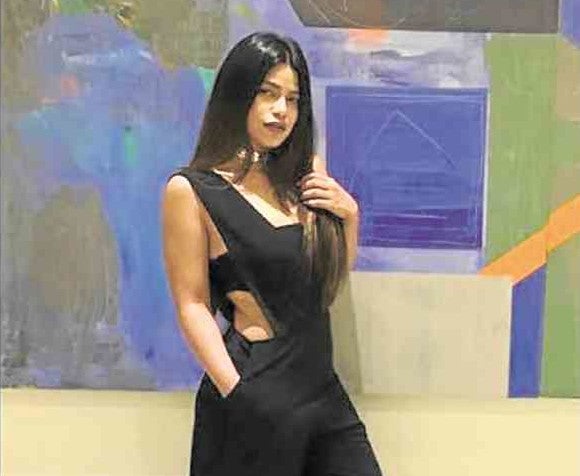 I’m now trying to be whole again,” said actress Denise Laurel when Inquirer asked her about the current state of her heart.

“The Better Half” cast member broke up with her fiancé, basketball player Sol Mercado, only four months ago.

Denise refused to discuss what caused the breakup but revealed that the “final word” came from Sol. “We were together for a long time. Toward the end of our relationship, we had been on and off, but the final word really came from him,” Denise said at a recent press conference for the ABS-CBN afternoon drama series “The Better Half.”

“Everything is peaceful now, especially since Sol and I are able to talk. We’re friends. There’s no bad blood between us. In fact, he even hung out with my son (Alejandro) last night,” the actress declared.

As to the possibility of reconciling with Sol, Denise said: “I don’t know. I’m so focused on this project right now. I’m really trying to be the actress that I used to be. A lot happened to me in 2016. I’ve been going through it before the show started. I felt numb. This got me worried because I’m an actress, and I have to be very in tune with my emotions.”

She added: “People were telling me, ‘You can release all your pent-up emotions through the show,’ but I couldn’t. This is so far the most difficult program I have ever been part of. This is the first time that I am having a hard time separating my professional from my personal life. It was good that Direk Jeffrey (Jeturian) is there to guide me and that he is very patient. He knows I can handle this.”

Denise said: “My character Bianca is a handful. There are so many layers to this part. A lot has happened to her that led her to make the wrong decisions. I am drowning myself in her right now. I don’t want to think of my personal issues.”

The actress, however, promised to “never give up on love.” She explained: “I’ve experienced pure love from my son. For me, true love is neither romantic nor maternal and paternal. It’s just unconditional. All I can think of now is how to be the best mother for him.”

Denise said she would rather think positive rather than dwell on her broken heart. “I have no reason to feel sad,” she declared. “Everything in my life is as it should be. I have work, my health is getting better, Sol and I are friends, and my son is doing great in school.”

She said she made sure to discuss the breakup with her son. “He is very intelligent. I’m very honest with him. He knows everything that’s going on. I talk with him like he is an adult. He is an old soul,” Denise said of her 5-year-old boy. “I think he must have sensed that I was sad one time because he said, ‘Mom, it’s OK. It’s like when I get a stomachache. Sometimes there’s pain, then it will disappear, and then it will come back again. But then you’ll be OK because you’re strong.’ I couldn’t show it to him, but I cried after he said that.”