Regine considers quitting Twitter due to bashings of her, Ogie’s daughter 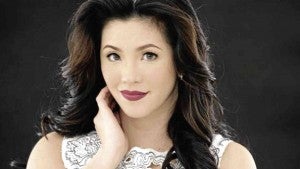 Leila Alcasid was victimized by harsh remarks of a netizen who fronted as Velasquez’ fan while referring to the songbird as “gullible” for taking care of her husband’s eldest.

The bashing netizen also shouted out an unsolicited advice to the songbird, asking her to stop being “too kind” as she is being abused by no less than her husband and his daughter.

Ogie’s daughter is presently in the country to study and spend time with her father. 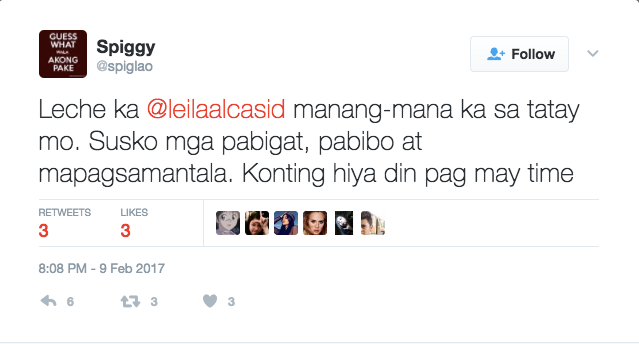 ([Expletive] @leilaalcasid. You’re just like your father. You are all a burden, know-it-all, you take advantage. You should be ashamed.”)

What really infuriated the songbird was yet another comment referring to her acting as a personal assistant to Leila. 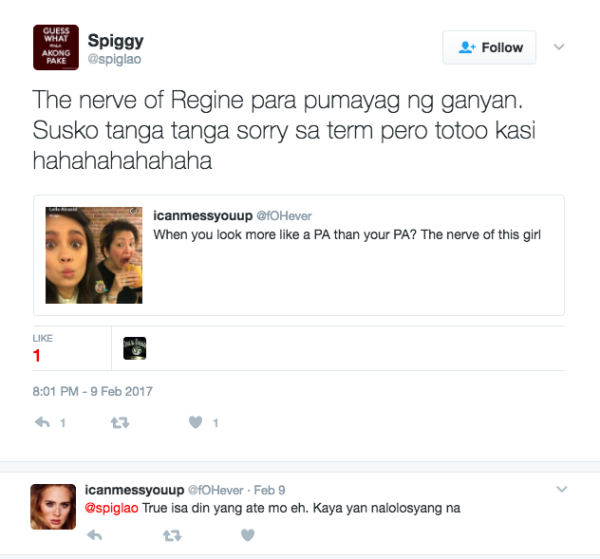 (“The nerve of Regine to allow this. [Expletive] It’s so stupid, sorry for the term but it’s true [laughter].”)

Velasquez feels too hurt about the comments and immediately said sorry to her stepdaughter.

The songbird however is now entertaining the option of making her social media accounts private, after such social assault.

(“I feel like I don’t want to be in Twitter anymore. All I get from it is resentment. But still, God bless you.”)

Sympathizers and fans of Velasquez, however, were quick to defend the singer against the bashings. 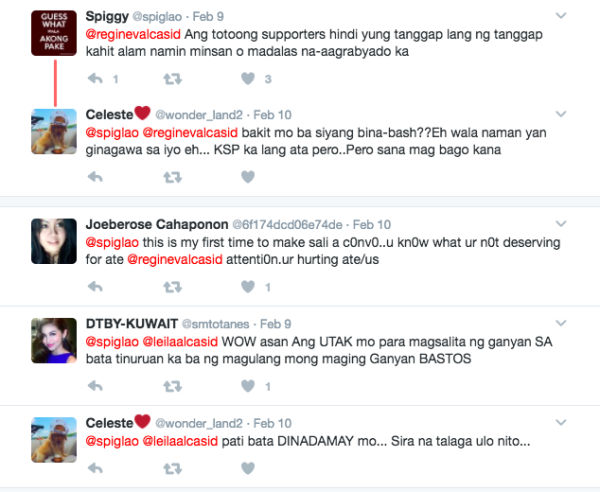