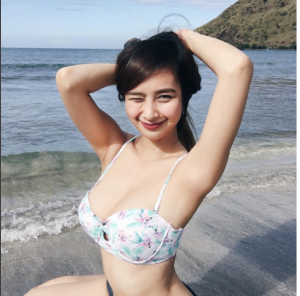 A Fliptop rap battle basically involves an exchange of rap lines with no-holds-barred counterarguments. Rebuttals can be pulled from any topic of choice, hence, Sinio’s main point of replies mainly focused on Shehyee’s girlfriend, Ann Mateo.

As a result, Mateo’s mother violently reacted and threatened to seek legal action against the Fliptop star. Also, because of the growing uproar over the controversial battle, Shehyee released a statement clarifying his “involvement” in the possible case to be filed.

Shehyee clarified that it was ” Mateo’s mother who messaged Sinio and plans for a legal action,” and not him. He also stressed that he did not expect such a reaction. However, he also could not question the mother’s decision, as he also understands where she is coming from. He said the only thing he could do is to explain to Mateo’s mom the nature of the Fliptop world.

Shortly after, Sinio released his statement, finally answering the issue. He clarified that once and for all, it was indeed Mateo’s mom who messaged and entertained the thought of a legal action, not Shehyee.  In his Facebook post, Sinio said “he understands Mateo’s mom and that they could not just explain each time the mechanics of how Fliptop goes”.

As of this writing, the video has been garnering viral reactions from Fliptop fans. Mateo, however, has not formally expressed any reaction yet. It can be noted, though, that since the stream of strong reactions from all fronts, she posted a sexy bikini-clad photo of her in her public Facebook account, with the caption, “I don’t care”.