Who entertains the entertainers? We asked some artists and creatives about their pop culture muses. These are a few of their favorite things:

Singer/band: For OPM, it’s Gary Granada. The Pretenders for foreign artist. I like their lyrics.

Film: “Grave of the Fireflies.” It makes me cry. It’s beautifully made—a tragic but hopeful tale about a family in Japan during World War II.

Music format/service: CDs and MP3s. I also use iPod.

Pop culture era: The disco era. The music artists were really good with the song arrangements, and they even made use of live orchestra. And the porma was cute. 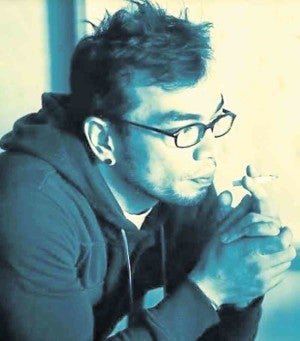 Singer/band: Prince is a musical genius, and Jeff Buckley is the vocal equivalent of the archetypal broken young man (James Dean, Montgomery Clift, etc.). I relate to that so much.

Film: “Blade Runner.” I was 12 when I saw this on TV. What I thought was an action/sci-fi film was a very disturbing existential and philosophical film… It was the first time I realized cinema wasn’t for entertainment alone.

Music format/service: CD. We all love vinyls and its warmer sound; the CD just sounds more layered for me. I can hear my vinyl collection grumbling in the corner!

Superhero/comics: Batman until the New 52 [reboot of DC Comics]. My favorite comic series would be “The Boys” by Garth Ennis.

TV/online series: “Star Trek: The Next Generation”! Hardcore Trekkie here. I love the fantasy of living in a world where despite differences, people strive to do [good].

Book/author: Joseph Campbell. His books on archetypes, the human nature and the idea of God have become personal maps. [But] dramatically and politically, Dostoyevsky’s “Poor Folk” and “Crime and Punishment” created a bigger impression. 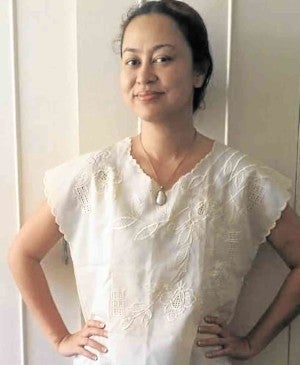 Singer/band: My favorite singer-songwriter of all time is Tori Amos, who opened me up to the possibility of the solo piano-and-vocal act.

Film:  “Close-Up” by Iranian filmmaker Abbas Kiarostami  about how a poor print shop laborer impersonated a filmmaker to extract a little money and sympathy from an unsuspecting family.

Music format/service: Vinyl. I love it because it requires commitment to the art of listening. You have to work hard at everything—from setting up the sound system to replacing dirty needles and keeping the LPs dust-free and storing them in a cool and dry place so that they don’t get warped.

Superhero/comics: In our house, there was always a copy of “Wakasan” comics. I got to read stories by Hal Santiago, which is probably why I became partial to Pinoy telenovelas and eventually scored and made music for many afternoon dramas.

TV/online series:  “Stranger Things.” I love anything that can successfully take me back to my childhood in the ’80s.

Book/author: I own at least two books each by Pramoedya Ananta Toer, Alan Moore, Milan Kundera and Bob Ong.

Pop culture era: The ’80s—people were extravagant with their time, money, love and hairstyle back then. I miss the exuberance.