Bruno Mars: If I could trade music to have mom back, I would | Inquirer Entertainment
Close
menu
search

Bruno Mars: If I could trade music to have mom back, I would 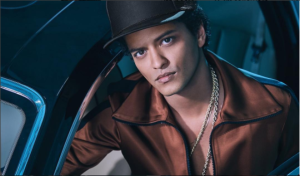 Bruno Mars, one of the most famous and celebrated international superstars today, credits much of his success to his Filipino mom, who died of brain aneurysm in 2013 at age 55.

In an interview with Latina magazine, the 31-year-old superstar said he would do anything if only he could have his mom back. The easy-going singer turned serious and sad when asked about his mother.

“The woman who taught you to love, showed you what a woman is supposed to be… When that goes away, a little more than half your heart goes away with it,” Mars explained.

“My life has changed. She’s more than my music. If I could trade music to have her back, I would. I always hear her say, ‘Keep going and keep doing it,” he added.

“You just gotta know that she’s with me everywhere I go,” Mars continued. “It’s something that you can’t imagine—the pain and the things that you keep going back to: ‘I wish I would’ve done this or said this.’ You just have to see life differently. It shows you the real importance of life. Nothing else matters in this world but family and your loved ones.”

Mars’ mother, Bernadette San Pedro Bayot, was 55 when she died.

Bayot emigrated from the Philippines to Hawaii where she met Mars’ father, Pedrito Hernandez, a half-Puerto Rican and half-Ashkenazi Jewish, who would become her husband and the father of her six kids.

“Growing up in Hawaii, there weren’t too many Puerto Ricans there. So because of my hair, they thought I was black and white,” Mars told Latina magazine.