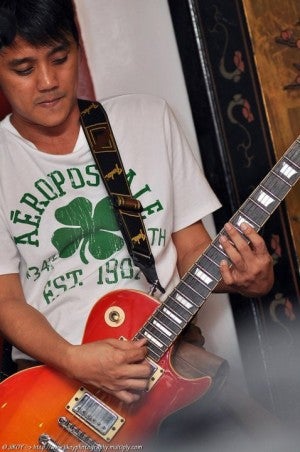 It is high time the spotlight be focused also on our indie bands and solo artists. They do form a deep well of diverse and amazing talents in the local scene. I will be showcasing once in a while an indie band or solo artist that to my mind deserves a look and more attention. So below, let’s get to know Bone Pagligaran.

1. Describe your beginnings as a solo artist?
Bone Pagligaran: I really don’t know when it actually started because I have been sort of quietly doing solo artist gigs, writing, and recording my own songs here and there in between band projects since 1997. I just happen to realize that I actually have already written materials equivalent to five full-length albums worth.

I started playing professionally in 1993 as a seventeen-year-old guitarist playing in pubs and school fares during the height of the 90’s band explosion. I guess I officially became a solo artist in 2012 when I released my first full-length solo record entitled ‘Spirit of Radio’ which I wrote, produced, and recorded almost everything you hear on the record except for a couple of bass guitar tracks. I had to sell all the CDs I printed so I had to put up a band to play gigs and sell them. Since then I still had a couple of band projects but, yeah, primarily I am more of a solo artist now and have released three full-length albums independently.

2. What/who are your musical influences?
Bone Pagligaran: Too many to mention but the ones that really stick out are Rush, Dave Matthews Band, The Police, Prince, Jimi Hendrix, Eric Clapton, Richie Kotzen and Hall & Oates. These are artists that at one time, or even continuously, I try to emulate. When I listen to my records, I do notice stuff that I never knew I had. I guess even the music you grew up listening to… say, your parent’s record collection gets planted in there… in your subconscious mind. I laughed at myself when I realized that in one of my songs–the main riff–was like taken from a Dolly Parton song.

3. Can you describe your style of music to the unfamiliar?
Bone Pagligaran: I don’t really subscribe to any particular genre. I’m a Gen-X kid schooled in Baby Boomers music; I guess it’s an amalgamation of everything that I ever listened to. Some people say you can hear some Rock, Blues, Soul, Folk, Funk, Punk, Prog, and other musical sensibilities here and there. Definitely, not in any purist sense but just the way in how I hear and feel them at any given musical moment. 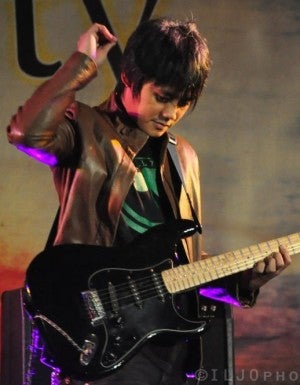 4. What do you think of the current local scene?

Bone Pagligaran: Population-wise, it continues to grow; more and more people get into bands these days even at a faster rate than that of the 90’s. It’s hard to really assess the current scene because in the last ten years or so, by the time bands are properly cultivated, there will have been already a new trend that captures the popular culture. Maintaining relevance is really hard, I suppose.

Not that I care about trends. I’ve been off-trend ever since. But going back to the local scene… in general, it’s never gonna die but I don’t think it will ever take off again the way it did in the past.

Artistically, it will continue to develop since music production now has cheap and easy access. The quest for a sustainable business model for everyone, however, is something that no one has the academic answer to. We are in a different world now.

5. Any upcoming gigs you would like to promote?
Bone Pagligaran: I am in the beginning of another album cycle right now so I am not going out and gigging and producing shows (or proper shows) as much as I did. I still do pick up gigs here and there but nothing like prepped and all that. For now, you will still get to see me pop out in a friend’s gig and do impromptu jams and sets… stuff like that.