Tale of the hosting template 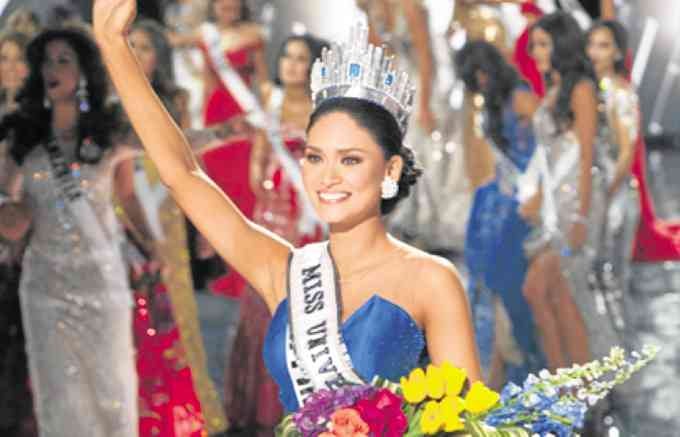 Finally, after a rough patch here and there on its way to actualization, Miss Universe 2017’s staging in the Philippines is a sure thing. It was deemed to be the height of “location logic,” because the reigning queen is Filipino Pia Wurtzbach.

Some naysayers, however, didn’t think it was a match made in pageant heaven, for the simple reason that reportedly due to contractual stipulations, the beauty tilt’s coronation rites would still have to be hosted by TV comic Steve Harvey.

The nixers are down on him due to the monumental gaffe he committed last year, when he “misannounced” another finalist as the winner, instead of “our very own” Miss Philippines.

We have forgiven, but not forgotten the humongous booboo, and think that another and better choice of host is needed to put that big, bungling boner permanently in the past, instead of having the goofy “gaffer” explaining, again, for the nth time, how and why he unintentionally tumbled and stumbled (etc.).

We do have better and less niggling things to do, don’t we?

For a long moment there, it looked like Harvey would be a no-go, because no less than President Duterte succinctly expressed his displeasure.

But, some people were apparently able to talk him out of it.

Which really is too bad, because for us nonfans, he’s the fly in the ointment of what would and should have been a “win-win” of beauty, tourism, Filipino hospitality, etc.

Fact is, everything considered, our being the hasty host’s nonfans has less to do with his booboo than with his being the wrong person for the job of hosting a “universal” beauty pageant.

That sort of beatifically telegenic event should be presided over by a suave, sophisticated gentleman-compere, not by a bald comedian whose signature facial expression is a comically goofy and daffy “hangdog” look, complete with slack-jawed befuddlement.

This signature look may work with the wiz kids on “Little Big Shots” and on “Family Feud,” but “Miss Universe” is another hosting challenge entirely.

A look at Harvey’s past TV credits reveals that he’s had a lot of experience hosting game shows, talk-variety programs and talent tilts, but “Miss Universe” could be his first beauty pageant assignment. 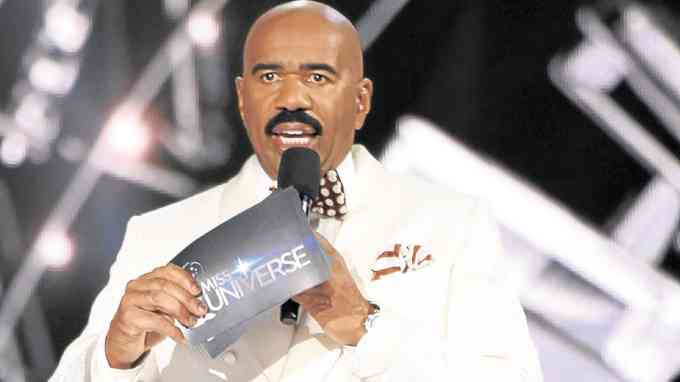 Could his unfamiliarity with the genre be a contributing factor to his less than seamless handling?

Is a pattern emerging—and, how well does Harvey fit the Bob Barker, Alan Thicke and George Hamilton template?