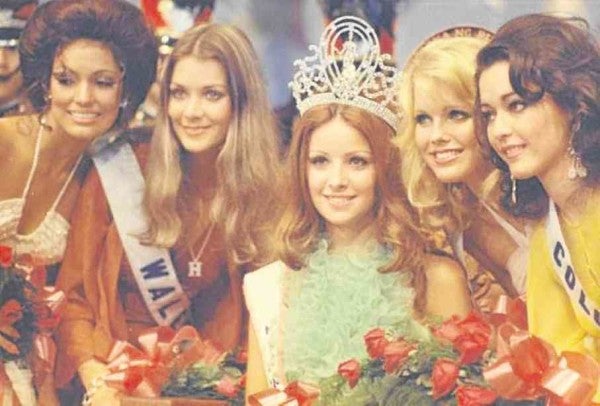 At the height of martial rule, a Spanish beauty captured the crown when the Miss Universe pageant was first held in Manila in 1974. It was rather ironic that Spain’s first and only Miss Universe so far was won in its former colony in Asia.

The reign of Spain’s Amparo Muñoz, however, was brief and bittersweet—much like her own roller-coaster life, which was filled with astounding highs and heartbreaking lows.

When her predecessor, the Philippines’ Margie Moran, placed the glittery tiara on her head, Muñoz was a 20-year-old former secretary and aspiring movie actress from Malaga, Spain.

A year later, when it was time to turn over the title to the next Miss Universe (Finland’s Anne Marie Pohtamo), Muñoz was nowhere in sight. 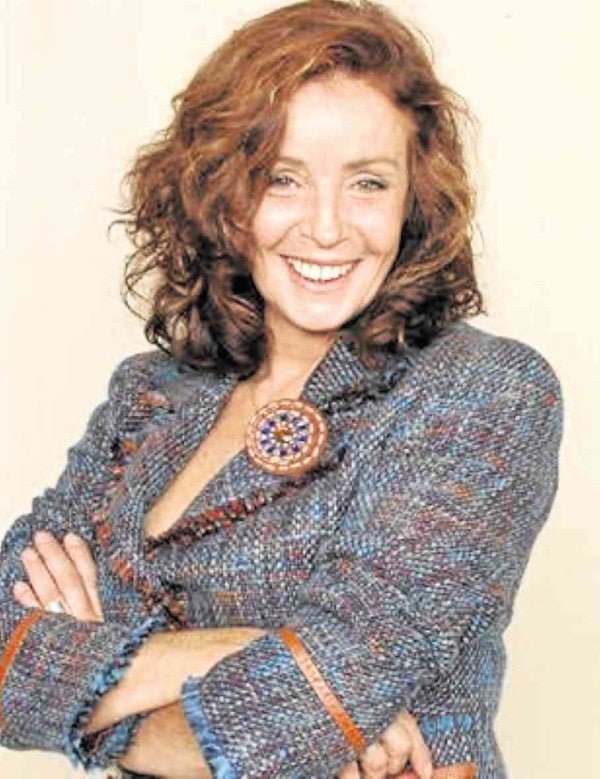 All sorts of rumors swirled in the pageant circuit. It turned out Muñoz was not dethroned; she simply resigned. According to reports, she refused to travel to Japan and decided to “abdicate,” only six months after her triumph in Manila.

Described as headstrong and tempestuous, she was frequently at loggerheads with pageant organizers. In a fit of rage, she supposedly threw her Miss Universe crown against the wall, smashing it to smithereens.

In the 1970s, she starred in a number of sexy movies in Spain and Mexico. In her youth, she married actor-singer Patxi Andion and had an affair with producer Elias Querejeta. In 1980, she married Chilean Flavio Labarca, who “introduced” her to drugs, according to her memoir.

In 1983, she figured in an altercation with Filipino talent manager Natalie Palanca, when she costarred with another beauty queen, Gloria Diaz, the Philippines’ first Miss Universe (1969), in “Hayop sa Ganda.”

Muñoz lived in the Philippines for a while, but eventually had to move back to Spain again, due to legal troubles. (She was reportedly “deported” as a result of her feud with Palanca.) 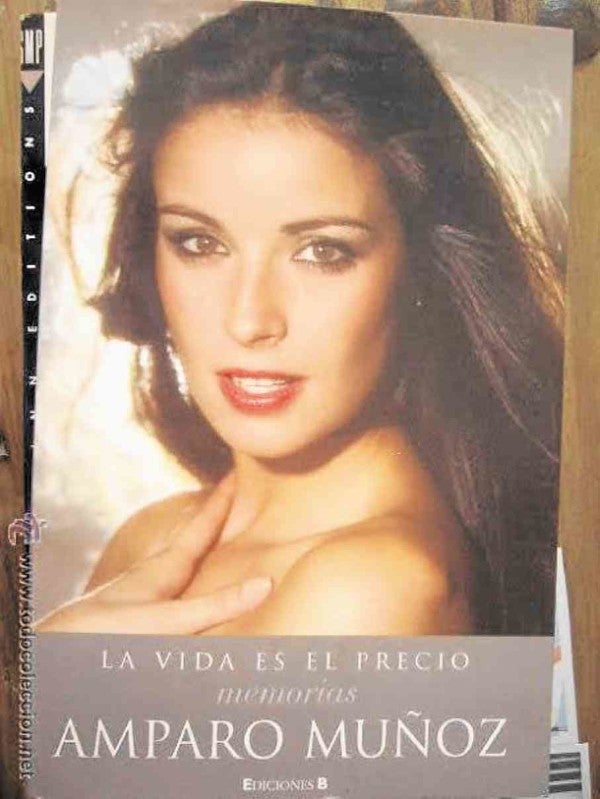 Cover of her tell-all book, “Life is the Price”

In 1987, Muñoz was arrested on drug charges in Barcelona.

Three years later, the rumor mill went on overdrive again—alleging that Muñoz was suffering from AIDS and was embroiled in the flesh trade, both accusations she vehemently denied in the media. It was later revealed by close friends that she suffered from a brain disease.

In 1991, she tied the knot for the third time, with businessman Victor Santiago Rubio Guijarro, but they separated in 1994.

She finally got the chance to tell her story in 2005, by publishing a tell-all memoir, “Life is the Price.”

In the book, she candidly revealed details of her colorful love life.

She related that her first husband “Patxi… trampled on all my dreams” and that living with him was “hell.” She complained that her former lovers abandoned her when she fell ill, “except for Elias.” (She reportedly survived two brain aneurysms and was paralyzed in the last years of her life.)

She likewise recounted undergoing abortions twice, but insisted that “not everything in [my life] was crap.”

The memoir unwittingly served as the final testament on her triumphs, travails and tribulations.

She wistfully remarked: “I’ve lived my life the best I could, never intending to harm anyone. If I have hurt anyone, it has been myself and my parents, who have suffered a great deal. I’ve respected everyone, most of all God, though I haven’t been treated with respect myself. I hope people will start to do that now.”