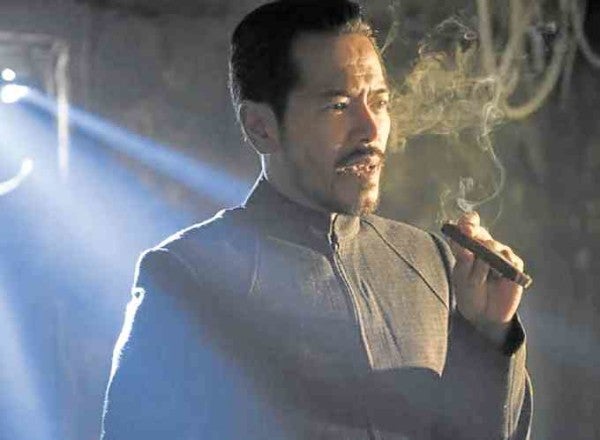 A Filipino actor will play a distinctly Pinoy character in the second season of the horror-fantasy series “Halfworlds,” a show created by HBO Asia.

Airing on Jan. 22, 9 p.m. on the cable channel, the returning series about otherworldly goings-on in Asia will introduce new characters, including one played by “Metro Manila” actor Jake Macapagal.

The TV-film-theater thespian will play Kaprey, an enigmatic, cigar-smoking creature.

“It’s very exciting,” the actor-acting coach, who has been in the business since he was 16, told the Inquirer in an e-mail interview. “I didn’t have to put on an accent … I’m playing a Filipino fugitive in Bangkok.”

Macapagal, who was in the German production of “Miss Saigon” and in the Manila productions of “Falsettos,” “Aspects of Love,” and “Hedwig and the Angry Inch,” joins actors from Indonesia, Thailand and Taiwan for the eight-episode season.

Where are you currently based and how much time does “Halfworlds” take in your schedule? I live wherever work takes me. I invest time in Los Angeles with my agent, but my home base is Manila.

For “Halfworlds,” we started shooting in Bangkok last June and finished in a sound studio in Indonesia on the second week of July. Postproduction, including dubbing, followed months later.

How different is acting for a cable series from performing in plays? The only difference is that you have a live audience in stage plays. Breaking down your script or screenplay is still a responsibility.

Understanding your character and his objective is important—both require being physically, mentally and spiritually present.

Which plays do you consider most helpful, up to now? You learn from each production, a culminating experience that will lead you to a better understanding of yourself and the business. I’m glad I started very young (in the ’80s).

How would you describe your Filipino character? Kaprey is being introduced in Season Two. It’s taken from the Philippines’ mythical creature, Kapre, a tobacco-smoking giant man who lives in the forest and plays tricks on its victims.

My character is a fugitive from the Philippines who escapes to Bangkok. He got into trouble and was imprisoned in the Citadel.

It is absolutely thrilling to jump into an international production knowing that your character is Filipino.

What do you think makes the show appealing to viewers in the region? Horror films and mythological creatures are popular in the region. Hopefully, the storyline in “Halfworlds” will be relatable, and viewers will fall in love with the characters.

HBO Asia is doing something important—giving voice to minorities, giving life to characters from the region in a TV series that shows the richness of different cultures in Asia. At the same time, the themes in the series are universal.

Did you feel some connection with Kaprey’s personality, in any way? The character is humanized, so the emotions are relatable. Obsession, greed, trickery and love—we all possess them.

What was it like working with your costars? I feel privileged to be working with the Thai cast and crew. I was welcomed with open arms. On set, we’re one big international family.

I have a lot of scenes with Indonesian actor Arifin Putra. He’s such a hoot! I didn’t know him before this production, but because our characters are supposed to be good friends and share a lot of scenes together, we made it a point to bond before we began shooting.