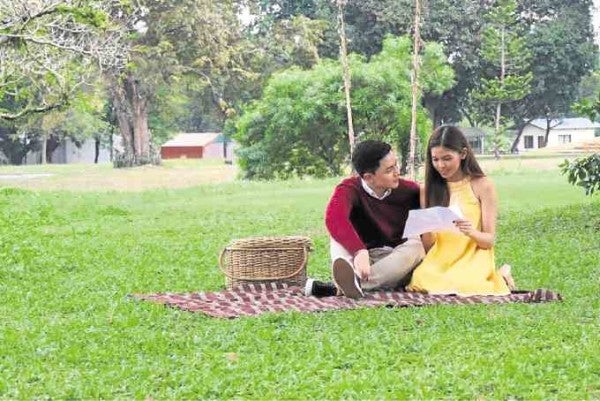 As Alden Richards and Maine Mendoza’s first drama series together, “Destined to be Yours,” nears its February airing, a GMA 7 executive overseeing the production of the much-awaited teleserye has admitted to feeling “immense pressure” of having to meet the expectations of the love team’s meticulous fan base.

“The soap cannot fail—it should work,” vice president for drama production Redgie Magno said at a recent lunch with the entertainment press. “And we’re doing everything to ensure that.”

Because the “AlDub” tandem has a wide audience, pleasing every fan would be a difficult task, especially since some of them can be rather possessive of Alden and Maine’s screen partnership. For instance, there’s a portion of the fandom that isn’t too fond of the idea of the show introducing a love triangle angle.

“That’s why the concept of the project should be a good fit for Alden and Maine. We had taken into consideration what the fans like and don’t like,” Magno said.

In “Destined”—one of the network’s main offerings for the first quarter of the year—Alden plays Benjie, an architect seeking to acquire a piece of land owned by the family of Sinag (Maine), who works for a radio station in her province, and has a passion for preserving the environment.

Magno likened the negotiations for the prime-time show to “going through the eye of a needle.” For starters, Alden and Maine are managed by two different groups—the former is under GMA Artist Center; the latter with Tony Tuviera’s Tape Inc., which produces “Eat Bulaga!,” the noontime show that propelled AlDub to fame.

“Talks began as early as May last year. But it wasn’t until late last year that we got things down pat. There were delays, as well, because the two artists were busy. But after a series of meetings and presentations with Mr. Tuviera, we eventually agreed on the concept,” Magno recalled. “They freed up Maine’s schedule to accommodate us.”

While Maine had, in the past, expressed misgivings about doing a soap because of her inexperience, Magno said Tape assured the 21-year-old celebrity that she is now ready for the undertaking.

“Now is the perfect time to do a soap … The duo already has a successful movie under their belts,” Magno pointed out, adding that the production team will see to it that Maine will be guided accordingly in her first time working on a television series.

“We will make sure that she is comfortable on the set. We know that she doesn’t have prior experience, so we will do our best to tend to her needs,” the network executive said.

Once weekly tapings for “Destined” start rolling, it would be inevitable, Magno said, that Alden and Maine would miss a couple of “Eat Bulaga!” episodes, especially since there are out-of-town filming locations. “But the ‘Bulaga’ team will come up with something to make up for their absence,” she said.