For ‘komiks’ creator, being relevant is the only way to make his work fresh, interesting | Inquirer Entertainment

For ‘komiks’ creator, being relevant is the only way to make his work fresh, interesting 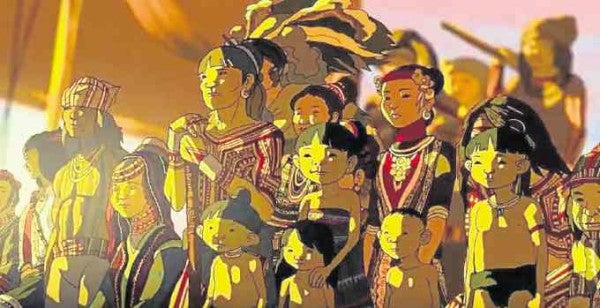 For comic book creator and filmmaker Arnold Arre, the Philippines is a rich source of stories, whether they’re coming-of-age tales or fantasy epics. The award-winning artist reiterates, though, that regardless of genre, it has to be believable.

“The job of a storyteller is to make the audience believe,” Arre told the Inquirer in a recent interview. “A story doesn’t have to be realistic—realistic is boring! It just needs to be believable, whether set here, in outer space or in another dimension.”

Arre, who has a number of acclaimed graphic novels under his belt, visits such realms with uncommon energy, in black and white or color. On Facebook, he posts fan art inspired by films he’s seen, or drawings that feature his own creations.

One digital painting, for instance, is captioned, “These are my islands,” depicting a gigantic, spectral Filipino warrior—inspired by developments in the West Philippine Sea territorial dispute.

“I always strive for my work to be relevant—it’s the only way to keep it fresh and interesting,” he stressed. “It’s also the best way to make an impression on the younger generation, with whom I also want to share my stories.”

Arre has been illustrating his own stories since the 1990s. In his inimitably fantastical style, he drew CD covers for local music artists like Francis M, Eraserheads, Color It Red and Yano in the 2000s.

The author-artist, now 45, emphasized the importance of fantasy art in the country these days: “What I love about it is that it’s also a form of self-expression that manages to inform, educate and perhaps even touch the hearts and minds of viewers or readers. This is what’s most needed amid the climate of confusion these days.”

And while many Filipino artists dream of drawing for comic book giants DC and Marvel, Arre related, “I was no different, but I also created [my series,] ‘The Mythology Class,’ and it felt like a calling. I want to continue promoting Filipino culture through my stories.”

Telling stories doesn’t end on the printed page, however. After directing two live-action short films, he started animating his characters in “Andong Agimat: Kanya ang Kalye,” a four-minute short, which won the best animation and special jury prizes in the 7th Animahenasyon fest, in 2013. 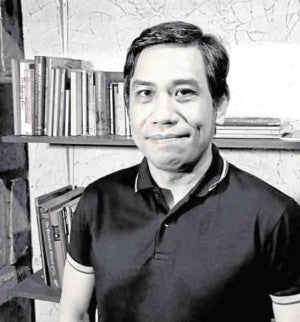 Other Arre-directed animated videos followed. The visuals for “Lupang Hinirang” (for the Philippine national anthem) and “Kaninong Anino” (for a song commemorating Jose Rizal’s centennial birth anniversary) were commissioned by the National Historical Commission of the Philippines and the volunteer group Rock Ed, in 2012.

“I wanted to tell the history of the Philippines in a way that resembles a storybook,” Arre said, of “Lupang Hinirang.” “I wanted the transitions to feel like you’re flipping the pages and seeing another chapter in our history. The video was done in less than three weeks, one of the most gratifying works that I’ve done.”

His 20-minute animated film about an ex-child celebrity, “Milkyboy,” premiered at the Cultural Center of the Philippine’s Alternative Film and Video Awards in 2013, where it won top prize in the animation category. It was eventually exhibited in various film fests in the US, Bulgaria and England.

Currently developing three animated videos—one short, one full-length and a music video—Arre also has plans to do a 600-page graphic novel.

His wife, Cynthia Bauzon, is a fellow illustrator. They both benefit, he said, from the “exchange of ideas and techniques.”

On aspiring storytellers, Arre advised, “My only concern is that, with so many interesting titles out there, most stories have yet to have some sort of resolution. Making comics is fun, but let’s finish what we start and avoid filling our shelves with incomplete stories. It’s also important to create relatable characters. Audiences have become more discerning. They can zero in on lame storytelling. The viewer needs to believe that what he or she is seeing is real!” 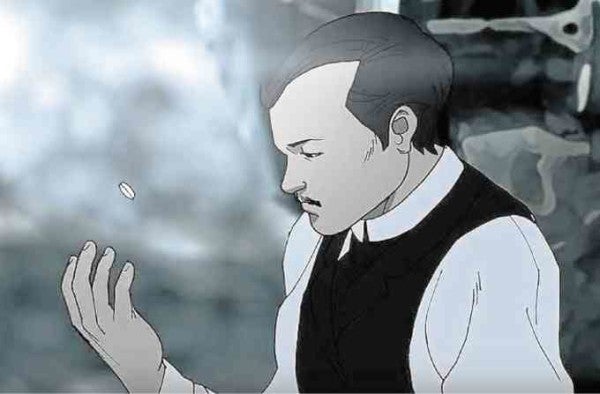