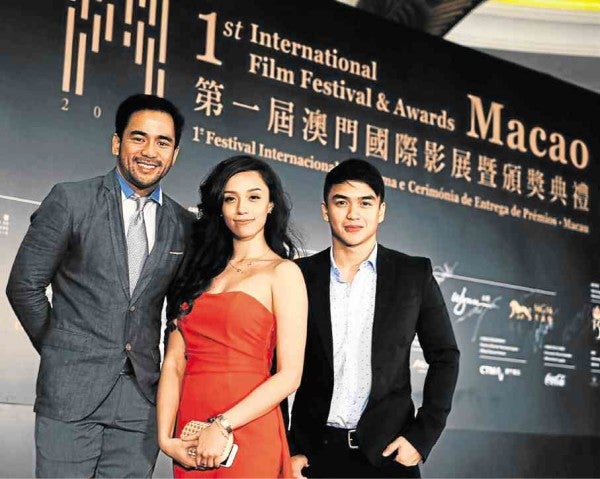 Phoebe Walker should be used to winning by now. After all, she topped TV5’s “The Amazing Race Philippines,” with ex-beau Matthew Edwards, scoring a house and lot, a new car and P2 million two years ago.

But when she won best supporting actress at the recently concluded Metro Manila Film Festival, for playing the enigmatic nun Sister Cecilia in Erik Matti’s “Seklusyon,” Phoebe was totally unprepared.

She had other things on her mind, had just changed from a gown to a miniskirt, and was preparing for a dance number backstage when her name was called as the winner.

“I didn’t expect to even be nominated,” she told the Inquirer.

She thought she had too few lines of dialogue to merit a nod. “I guess it was the impact I had on the viewers that spelled the difference,” she surmised. “I feel very happy and blessed, because I can see how my past projects have led to that moment. I now feel like a legit actress.”

Direk Erik first noticed Phoebe after seeing a trailer of Cesar Hernando’s QCinema 2015 entry, “Gayuma,” where she had a sultry love scene with costar Benjamin Alves.

“I had to rush my mom to the hospital, because her blood pressure went up after watching ‘Gayuma,’” she recalled. 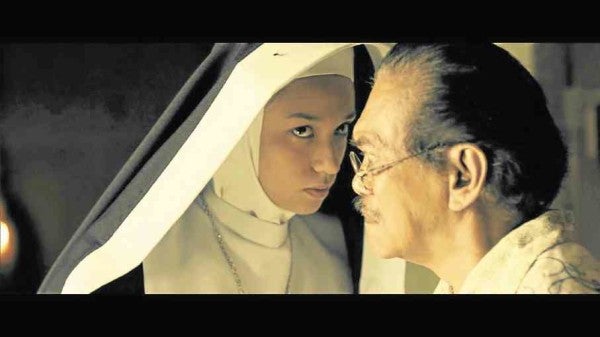 In “Seklusyon,” the 25-year-old novice also had daring bathtub and rape scenes. Luckily, those scorching sequences were not included in the local version and were only shown in the foreign edition, which premiered at the International Film Festival and Awards Macau last month.

Although she was on pins and needles, her desire to work with Erik diminished her initial apprehensions. “I’ve always wanted to collaborate with Direk Erik after seeing ‘On the Job’ and ‘Honor Thy Father,’” she recounted.

She related that she had learned a lot from her director. “My voice can be too gentle and high-pitched. He told me to modulate it, so I would sound stern and scary. I tend to be jolly and chatty in real life.”

She’s proud that a newcomer like her romped away with such a “prestigious honor.” “It’s a great way to cap off 2016 and begin 2017,” she said. “It inspires me to push harder and empowers me to take part in more projects—like soap operas on TV.” 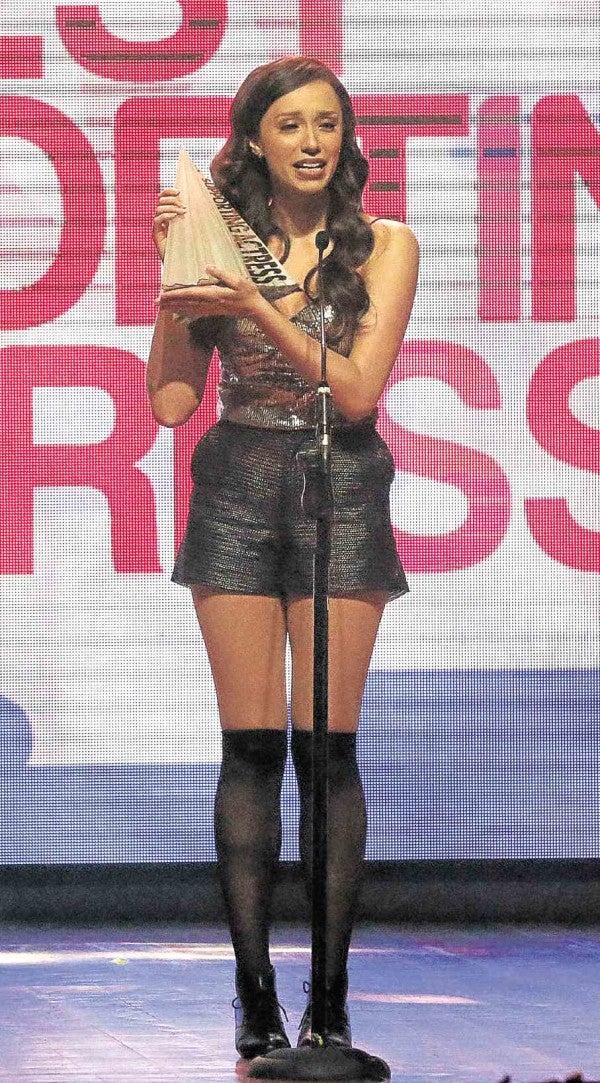 After five years in the biz, the award “makes me feel like I truly belong, and that I can actually make it here.”

She turned introspective. “I know that in show biz, there are no guarantees. In the past five years, I’ve learned the hard way to not believe in false promises, and to not rely on other people for my success.”

She has discovered that she can only depend on her own abilities to survive in this highly competitive business. “I have no high expectations from this win, but I will continue to strive and work harder for a fruitful career in such a chaotic industry.”

She dedicates her victory to her Viva bosses Vic, Veronique and Vincent del Rosario, her “Seklusyon” teammates, her handlers and amigas Mei Lloret and Wilhelm Cordero, her friends led by Robin Laxa, and most especially to her parents and sister. “They encourage me to keep doing my best and believe in myself. They’ve been supportive, from the moment I said I wanted to quit my office job [at the Philippine Olympic Committee] in 2011.”

She’s no garden-variety show biz wannabe. Phoebe is multilingual. Apart from Filipino and English, she speaks French and Cantonese, too.

“I speak Cantonese proficiently because I grew up in Hong Kong, where my British father was based,” she explained. “I am familiar with Ilocano because my mother is from Inabaan Sur, Rosario, La Union. And French was my minor when I took up European Studies at the Ateneo.”