Why Vhong Navarro refused to get hitched to longtime nonshowbiz girlfriend 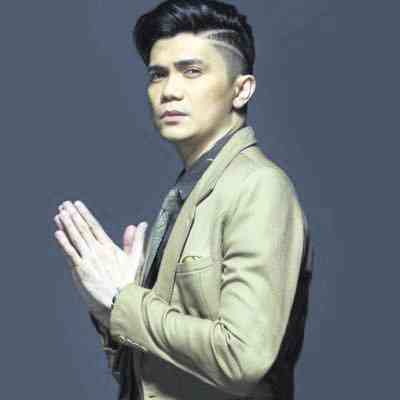 “I’ve been there, done that. If ever I’d do it again, I want everything to be perfect,” said comedian-TV host Vhong Navarro when asked what was keeping him from settling down with his longtime girlfriend, Tanya.

Vhong, now 39, was married to former actress Bianca Lapuz at age 21. Their union was annulled in 2010. “I want the next one to be the last. I don’t intend to have a third (marriage),” he told reporters during the press conference of his latest film, “Mang Kepweng Returns,” which will hit theaters on Jan. 4.

Vhong’s comment came on the heels of the recent engagement of his “It’s Showtime!” cohosts, Anne Curtis (to Erwan Heussaff), and Billy Crawford (to Coleen Garcia).

“My dream then used to be simple—to have a family that’s happy and whole. I came from a broken family, so I didn’t want my children to experience what I went through.

“Sadly, I wasn’t able to achieve that dream. I just want to give this relationship the best I can,” Vhong stressed. He has two sons named Frederick Bruno and Isaiah Vhong.

“I’m happy for Anne and Billy. They’re like my siblings. One wedding is happening in 2017 and the other in 2018. I want to give those moments to them. Besides, I still have a lot to accomplish. I will just work on those first. Tanya knows what they are. She also knows that there’s no one else for me but her.”

He added: “She’s my everything. People know how much she suffered because of me and how she continued to support me during the hardest times in my life. Aside from my children, I draw strength from her. She’s the strongest woman I know, despite her height. It’s actually difficult to make her cry. Between the two of us, I’m the crybaby.”

Vhong was referring to the 2014 controversy he was involved in that prompted him to file illegal detention charges against model-actress Deniece Cornejo and businessmen Cedric Lee and Simeon Raz.

“The case is still ongoing. It’s hard to forgive people who don’t feel sorry for what they did to me,” Vhong said when asked if he had finally decided to make peace with them. “It’s difficult, but I know I will get through this victorious.”

Looking back at 2016, Vhong said he would rather focus on his blessings. “I was lucky to be given worthwhile projects. I’m also glad that ‘It’s Showtime’ was able to regain its audience. Also, I was given the opportunity to make this film—something that I am really proud of.”

Vhong said he felt disappointed when “Mang Kepweng Returns” failed to make it to the official lineup of the ongoing Metro Manila Film Festival.

“We made it specifically for the film fest. That’s why our kind of comedy is wholesome. But I guess there’s a good reason we didn’t make the cut,” he said. “I’m OK with the Jan. 4 playdate. It’s actually my birthday—and that’s a good sign!”