Ogie embarks on his most significant career ‘chapter’ 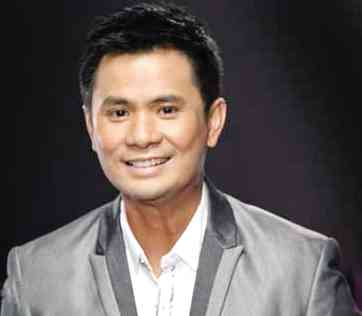 Ogie Alcasid is turning out to be a one-man “movable feast” on TV, serially shifting his performing base from GMA 7, to TV5, to his latest homing ground, ABS-CBN. Cynics may dismiss this itchy-footed tendency as a series of “disloyal” and expedient expeditions.

But, Ogie’s fans perceive it to be a driving need to seek new and increasingly more difficult challenges, in the continuing expansion  of his professional and artistic horizons. You be the judge.

For our part, we have evinced the expansion of Ogie’s  performing “universe” through the years, seeing him excelling not just in singing, composing, comedy and musical theater, but also as an industry leader.

Our “educated” hunch is that Ogie’s ABS-CBN “chapter” could turn out to be his most significant and fruitful career move. There are some enlightened people at the network whom he could partner with to realize his most ambitious, creative and game-changing objectives and advocacies, while still sustaining and even adding to his popularity, and the upward ascendancy of his “career arc.”

Our hope is that Ogie will eventually be able to persuade his colleagues on the tilt’s judging panel to do away with their old, harsh and discredited way of eliminating “insufficient” contestants, by “gong-ing” them out.

Instead, the show should raise its audition standards, so that only exceptional   singers can get to publicly compete on-cam in the singing tilt.

We’ve seen too many “gonged-out” singers being crushed and humiliated on the program to countenance the continuation of the antediluvian practice, and we hope that Ogie agrees with us.

Ogie’s other early ABS-CBN involvement is as a juror and mentor on the network’s new “Your Face Sounds Familiar” tilt season, kids edition, which has pint-sized, juvenile singers coming up with “mini-me” impersonations of adult musical stars.

The new tilt will unreel in January, and includes among its contestants child performers like Lyca Gairanod, Alonzo Muhlach and Xia Vigos.

In this instance, we trust that Ogie will help make sure that, in impersonating adult singing stars, the child contestants aren’t made to go the sexy, graphically adult and raucously rock and punk route.

Kids should remain innocent and vulnerable, and should not be encouraged to go too adult, porma and siga, as is the usual, unenlightened practice in these parts (not just on TV, but even in school presentations, private parties, etc.)

Yes, kids are “fun” to watch when they precociously come up with “mini-me” performance versions and “tributes” to fave adult singing sensations and icons. But, they should still retain their innocence, natural essence and appeal—no porma slickness encouraged and allowed.

Finally, we fervently hope that Ogie can use his newfound influence at ABS-CBN to effect the revival production of Ryan Cayabyab’s  weekly “Ryan Ryan Musikahan,” which would be a boon for the current generation of musical talents!