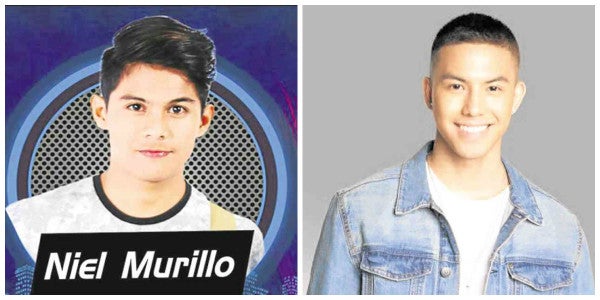 November 2016 was an excitingly instructive month for us, because it found us embarking on a decidedly “chancy” experiment of sorts—to “educatedly” guess the winners of a performance tilt many weeks before they were officially chosen.

Would we and our standards for exceptional performance be up to the dodgily “visionary” vetting task, or would we end up with ostrich egg omelet on our clueless face? Deep breath:

The experiment began when “Pinoy Boyband Superstar” announced its 12 finalists. We saw them performing individually, and based on the new tilt’s stated objectives and preferences, plus the mix of talents, performance styles and personality types that we felt a boy band should have, we came up with our own “advance” list of five winners: Juan Constancia, Tony Labrusca, Ford Valencia, Henz Villaraiz and Tristan Ramirez.

In our carefully considered view, they best summed up the varied mix of members that a new boy band should field, in order to be successful, effective and popular. Five out of 12 in advance!

We knew we were going out on a thin and shaky limb, because the tilt had many “imponderables.” The winners would be selected by both the judges and viewers’ votes—so, it could go any which way!

But, we were heartened to see that in the following weeks, all five of “our” bets were surviving the tilt’s gradual elimination process. Were we onto something?

Our first choice to bite the dust was Henz, the youngest and “friskiest” in the group, whom we included because we felt that the new boy band needed a kind of really youthful representation. Obviously, other people didn’t agree.

Still, we felt that Henz could still have a good solo performing career, because his “type” is popular in these parts. And, four out of five after a month into the finals wasn’t bad at all, right?

In any case, our four remaining bets managed to hold their own as the field kept getting cut down to—the “final-final” survivors. Would all of them “miraculously” emerge as part of the winners’ circle of five? It was too much to hope for.

True enough, when the winners were announced, one of our most promising bets, Tony Labrusca, wasn’t part of the triumphant lineup. (He should have a stellar solo performing career, despite the momentary setback.)

More to the point, however, three of our original five bets, Joao, Ford and Tristan, were among the tilt’s five official winners—a “visionary” batting average of 60 percent—”sight unseen,” from 12 original finalists. Perhaps we’re allowed a little pat on our own shoulder—provided we don’t break our arm?

When we attended the ABS-CBN Christmas party for the media a few days later, some TV people asked us to reveal the “secret” of our “amazing” prescience.

Truthfully, we replied that it was partly “educated” analysis of individual talents meant to perform as a group—and also, pure exhilarating luck, since there were all those unmanageable “imponderables” to contend with.

So, lots of luck and pluck to the Pinoy Boyband winners, “our” Ford, Joao and Tristan plus Russell Reyes and Niel Murillo.