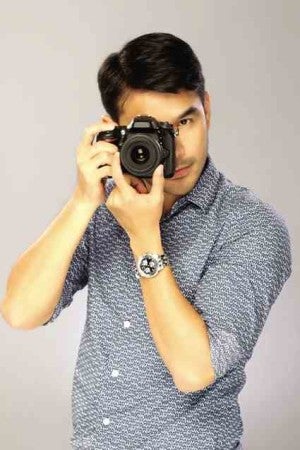 When acclaimed filmmaker Mike de Leon announced that the lead actor of his comeback film, “Citizen Jake,” is broadcast journalist Atom Araullo, not a few observers were caught by surprise.

However, no one could’ve been more stunned than Atom himself. But being an admirer of great Filipino cinema, the reporter just couldn’t resist the chance to work with an acknowledged (and reclusive) master.

Atom is collaborating with director and writer Noel Pascual on the screenplay of the political drama set in the world of citizen journalism and high-stakes intrigue.

He describes the screen test as a “huge learning experience.”

“I have a long way to go… but watching Mike work [for the first time in 16 years, I’m told] was such a delight,” Atom recalls.

An Applied Physics graduate, Atom is not exactly a stranger to performing—having portrayed the lead in several plays for Ateneo Children’s Theater in grade school and, later, for Dulaang UP in college.

And, of course, there’s this rather inexplicable blip on his résumé: A bit part in the 2006 rom-com, “Kasal, Kasali, Kasalo.”

Still, the acting neophyte admits that this new endeavor will involve nothing short of a paradigm shift—if not for him, then most certainly for his fans.

Oftentimes, I feel like I’m way in over my head, but I hope that having a deep understanding of the character and the story will help me navigate this new terrain. Besides, I don’t think I would be able to live with myself if I passed up the opportunity to work with Mike.

How are you preparing for the film? I am preparing… mostly by holding back frequent panic attacks [kidding, but not really]. Mike references a lot of films in our discussions, so I’m doing research on that. Eventually, I’d have to undergo some workshops for sure.

What is it like working with Mike de Leon so far? Despite his experience and stature, I am astonished at how receptive Mike is to my ideas and his genuine interest in what I have to say. I must have said a lot of garbage in the process of collaborating with him, but he doesn’t flinch.

Do you remember “Kasal, Kasali, Kasalo”? Or would you rather forget? Oh… That was less acting and more standing in place. [Lead actor] Ryan Agoncillo and [director] Jose Javier Reyes are good friends, and it seemed like a fun thing to do at the time.

What are your thoughts on the political theme of “Citizen Jake”? I’m not intimidated by that at all. Perhaps it’s one of the reasons I took on this film in the first place. I wanted to explore these themes in a different way than I’m used to as a reporter. Besides, sabi nga nila, “ignore politics at your own peril.”

What are your favorites among Mike’s films? “Kisapmata,” “Sister Stella L” and “Bayaning Third World.”

Filipino films have been winning in prestigious festivals abroad. What is your take on this “third” golden age of Philippine cinema? I have nothing but support and admiration for filmmakers who continue to push the boundaries of what Filipino artists can do. I grew up watching the work of the greats [including Mike, incidentally], which were considered mainstream at the time.

I hope contemporary movers and shakers become more emboldened to take on nontraditional stories and themes. The Filipino audience deserves to be exposed to more kinds of movies, and we will all be the better for it.

How can cinema, like journalism, be in service of the Filipino people? There are many competing ideas on what art/cinema is and its purpose in society, so I will not assume to have the correct attitude here. However, given the tremendous challenges we continue to face as a nation and as citizens of the world, one would hope that cinema is part of the solution.

I’m not saying movies that simply aim to entertain are invalid. I certainly enjoy those, too, but… are we simply reinforcing the status quo through the stories we tell? That’s something worth thinking about. 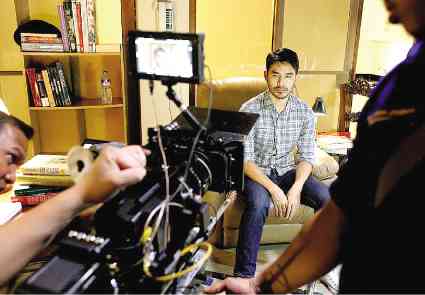 Why did you leave your work as reporter? I wanted to move out of my comfort zone and explore new challenges. I still identify as a journalist and am eager to become better at it.

Why is it vital for journalists to express their opinions in the time of extrajudicial killings and other abuses? Is being a detached, objective observer a thing of the past? While I understand the need for reporters to appear neutral and objective [to minimize potential distractions from their job], one has to ask if this is even possible at all. Journalists are human beings, too, and they will have a position on issues, whether this is made public or not.

What’s important is that we stick to the facts, and give all sides a chance to say their piece. But that shouldn’t stop journalists from challenging the position of people trying to make their case, especially when the facts are clearly not on their side. I think pretending that opposing sides are on equal footing when the truth is right in front of you is a disservice to the public.

What have you learned about your character throughout the brainstorming and writing process so far? Jake is part-Atom Araullo, part-Noel Pascual [our cowriter], and part-Mike de Leon himself. I initially thought he would be very similar to me, but as we work on consecutive drafts, he is becoming a separate character altogether. Jake can be idealistic yet cynical, cold yet caring, guarded yet impulsive. He also has a dark side that I haven’t fully explored, which might mirror something in me, too.

What have you learned about yourself throughout the brainstorming and writing process so far? That I still have a dogged optimism despite all that we’ve been through as a people, which I have witnessed as a reporter. I’m also learning to rely less on logic and more on emotion in navigating the story—at least from time to time.

How are you adjusting from being a TV host/reporter to actor/scriptwriter so far? The transition is harder than I thought. I have developed instincts as a reporter that I have to unlearn if I am to portray this character convincingly. Journalists have a tendency to keep emotions in check. However, good actors have to make themselves vulnerable from time to time in a very public way. I still have a lot to learn.

What are your hopes for “Citizen Jake” the film? I hope it’s something the whole team can be proud of. Of course, it would be nice if we don’t lose money for the producers in the process.