It will surely be an awkward noche buena for this high-profile family.

Will SS attend the clan’s annual holiday celebration? Seems strong-willed SS is not easily intimidated—not even by PP who can be sweet and amiable in public, but daunting and aloof in private.

Is it because AS can be an asset in CS’ future career, while SS can be a liability?

After all, SS’ checkered history, including Volatile Chum, can come back and haunt them someday.

Ghost of Christmases past?

Officially, VV is supposedly helping out Wealthy Boyfriend in a booming enterprise. It turns out there is something fishy about VV’s true business. VV is purportedly involved in the world’s oldest profession.

Since VV is no longer as youthful and gorgeous as her pals, she has reinvented herself—from product to procurer.

Some observers are worried about Stunning Celeb’s choice of a possible lifetime partner.

According to insiders, SC’s newest beau, Hunky Cutie, is no longer as prosperous as before.

Now, some intrigue-mongers are speculating about HC’s true intentions.

Is HC really in love with SC? Or is HC eyeing SC’s bank account?

The rumor is so persistent, Handsome Hunk seems to have given up denying it, as well.

In the company of friends, HH would talk openly about Flamboyant Benefactor.

Is this why another Colorful Luminary turns green with envy whenever talk turns to HH and FB?

Now, we know why Seasoned Celebrity is so stingy even in this season of glad tidings and good cheer.

When they were still a couple, they would pretend to be abroad during Christmastime—to avoid handing out gifts to friends, colleagues and their godchildren.

Even though they are now separated, the penny-pinching pair has retained their Scrooge-like ways.

Every year, SC and TP would tell people they’d be out of the country during the holidays when they were just hiding in their homes—or some beach resort. 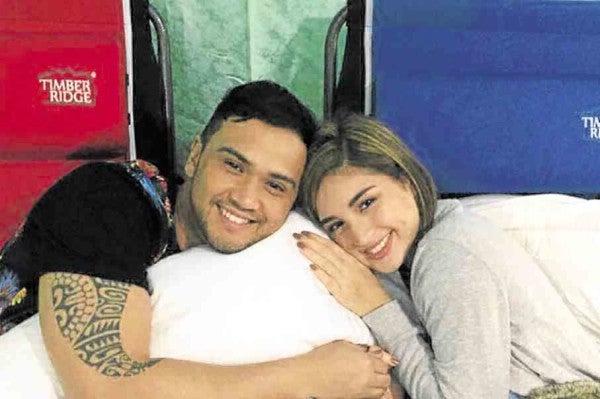