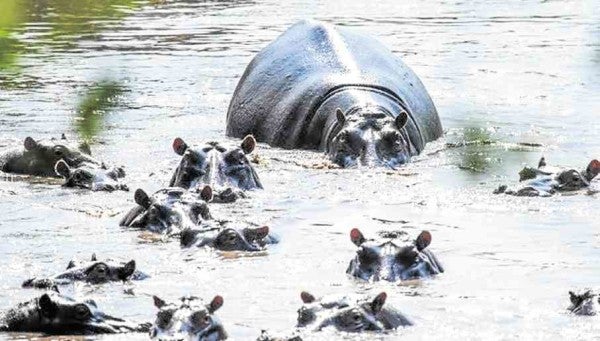 Survival shows have become quite the rage on TV, with many programs stranding hardy adventurers and risk-takers in the world’s most remote and dangerous wilds, and forcing them to find food and fend off predators on sheer wit and willpower alone.

But the most empathetic survival show we’ve watched this season is the National Geographic Channel’s “Mygrations.” In it, 20 adventure enthusiasts are dropped off in the Serengeti desert to join the great migration of the wildebeests for 200 miles.

With only minimal supplies, they have to contend for weeks on end with all sorts of risks and dangers, and their unity as a human “herd” is constantly threatened by psychological issues that also kick into play.

All told, “Mygrations” has a powerful and instructive effect on viewers, because it’s human race itself, going way back to its own migratory origins to find basic sustenance and safety in order for our species to survive.

Yes, the adventurers are modern-day folks, but the seminal and primal dangers they’re constantly exposed to quickly divest them of the trappings of modernity and advanced technology, and compel them to go back to the absolute basics in order to find their way “home” uninjured—and alive!

The members of the human herd are well-chosen in terms of “complementary” skills, including athletes, scientists, wilderness and wild animal behavior experts, etc.

The season we watched even included a paraplegic with two artificial legs. He bravely joined the group despite its extremely arduous mission in order to dramatically “represent” the world’s millions of disabled, and prove that they can keep up with the rest of us—and how!

True, he had to eventually drop off due to injuries before the mission ended, but he was triumphantly able to prove his key point beyond viewers’ expectations—so, the effort was an inspirational success even or especially for him!

The most daunting and dangerous challenge we caught on “Mygrations” when we watched it on NGC last month was the river crossing the group had to make—even with the very real threat of being pounced on by crocodiles lying in menacing wait.

Now, we don’t know how actually death-defying the river crossing was. After all, TV directors have all sorts of editing and tweaking tricks up their voluminous sleeves, and even fact-based documentaries can be “enhanced” on point of viewer-hooking thrills and chills by way of visual inserts, revelation shots, etc.

Let’s just say that, with or without the subtle tweaking, the telecast we viewed empathetically scared the heck out of us as each member of the “herd” had to slowly shimmy his or her way across the river via a broken tree branch—as (edited in?) giant crocs peered pensively and “hungrily” at their next, possible meal!

Thank goodness, everybody made it safely across, and the crocs had to do without their anticipated human snack.

But “Mygrations” had made its key points tellingly and well—and made us care more about our human race—and where else its modern-day “migrations” will take us!