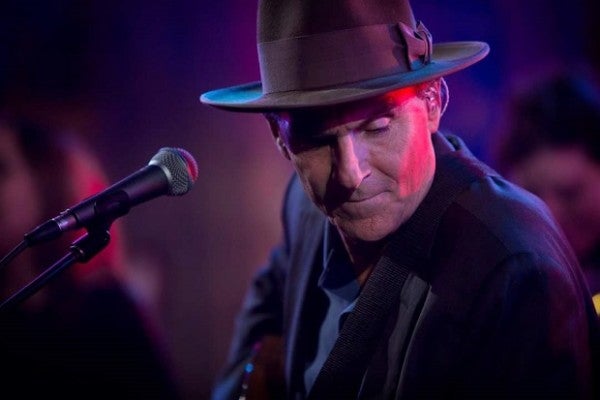 It is OK for artists to be political but they should be truly informed about issues.

So said Senate Majority Leader Vicente Sotto III on Thursday in reaction to American singer-songwriter James Taylor’s decision to cancel his Feb. 25 concert in Manila in protest over summary executions of suspected drug offenders in the country.

Sotto, a vocal campaigner against illegal drugs, expressed dismay over Taylor’s move, which the singer announced on his social media accounts on Tuesday (Wednesday in Manila).

Taylor, who was once a drug user, said he supported the campaign against illegal drugs but the killing of suspects without due process was “deeply concerning and unacceptable to anyone who loves the rule of law.”

He said he had to make a stand against this, and canceled his concert.

Sotto responded also on Twitter: “If you are not a pusher or a user, you have nothing to fear in the Philippines.”

“A singer said he loves d rule of law, ‘kaya?’ Or he loves the d lure of drugs?” Sotto said of Taylor.

Taylor, 68, began using heroin in the mid-’60s but successfully kicked the habit in the mid-’80s after the deaths of his friends, comedian/actor John Belushi and The Beach Boys’ Dennis Wilson, and “a desire to be a better father to his children.”

“As usual, users are again mad at me. Hahaha. Ok!” Sotto tweeted.

Asked to explain his tweets, Sotto said Taylor was “probably worried” about how the country has become more strict and vigilant against illegal drugs under President Duterte.

Sotto said the five-time Grammy winner was apparently “misinformed” about alleged extrajudicial killings and should not make accusations without seeing the real picture of the country.

Sotto said recent validations and investigations showed half of the extrajudicial killings “are not drug-related but related to common crimes like murder, homicide, robbery, etc.”

Sotto said the information on the number of killings in the government’s war on drugs was a “compilation of media and not the official Philippine National Police count.”

Media organizations, however, have used PNP statistics, with the latest data on the antidrug campaign showing nearly 6,000 had been killed by policemen and unknown assailants since July 1.

Sotto believed the Philippines was “fast becoming like Singapore where drug users now do not want to come to the country lest they be caught.”

OK to be political, but…

Asked whether artists should take a political stand, Sotto, who started his career as an actor-comedian and a singer before turning to politics, said it was “OK” to do so.

“Politics is the science of people,” the senator said in a text message.