‘Phantom,’ then and now 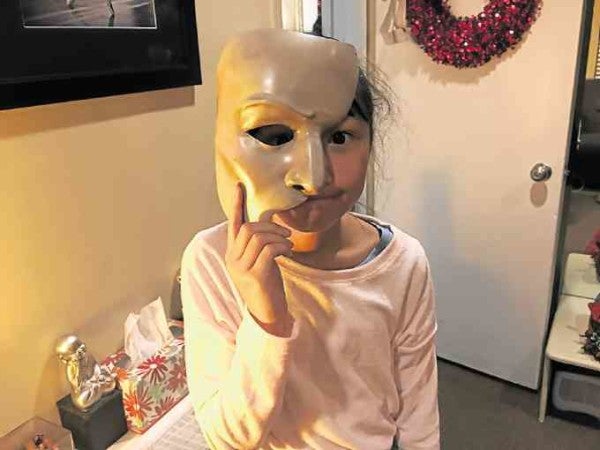 Last Monday night, Rob and I took our daughter Nicole to see a classic Broadway musical, one of many that crossed the Atlantic as part of the British musical-theater invasion in the ’80s and ’90s that included “Cats,” “Les Misérables” and “Miss Saigon.” We brought her to “The Phantom of the Opera.”

My first “Phantom” was in London at the Her Majesty’s Theatre when I was 17 years old. Dave Willetts played the Phantom, and Claire Moore was Christine (just before she joined the original London company of “Miss Saigon,” as Ellen).

I remember the special effects, the magic and the Andrew Lloyd Webber-penned music. It was an incredible night at the theater. And now, my daughter got to experience her first one at the Majestic Theater in New York, starring James Barbour as The Phantom, Ali Ewoldt as Christine and Jordan Donica as Raoul.

“Phantom” has been running on Broadway now for more than 28 years. It will celebrate its 29th anniversary on Jan. 26, 2017, and I’m glad to report that it shows no signs of wear and tear.

None of its celebrated splendor has diminished, and its music remains as affecting and beautiful as ever. I was enthralled by the staging and, on this night, many years after that first viewing, I was taken again. Such is the magic of the stagecraft of this show.

James Barbour in the titular character is a strong-voiced Phantom, but also shows vulnerability, most especially once his mask comes off in the second act. He’s a towering, imposing presence onstage (especially side by side with Ali as Christine … more on her in a bit), but his size doesn’t take away from his portrayal of this tragic, damaged character. Plus his vocals were incredible!

Jordan Donica was a surprise, not because of his obvious talent and classic leading man handsomeness, but his age. Ali disclosed that he had just graduated from college, putting him in his early 20s, but he was so grounded and secure in his acting and  singing (oh my goodness, his voice is extraordinary!) that he came across as far more mature. His duets with Ali were things of beauty. Without a doubt, this young man will have a storied career, and I wish him only the best of luck.

As for my good friend, Ali … she was perfection.

We first worked together in the 2006 revival of “Les Misérables,” where she played Cosette. She was one of quite a few Filipino-Americans who joined the multiracial cast of this production (Adam Jacobs and Rona Figueroa were the other two). She was already beautiful and confident with this incredible soprano.

And now, many years later as Christine, she has grown even more assured in her voice, as well as her acting. The moment she appeared onstage, I started to cry, feeling so much pride in how far she has come as a leading lady. She is the first Asian-American to play Christine (alongside Jordan, being the first African-American Raoul). It’s definitely something to rejoice.

I send my congratulations to the entire company, as well. Everyone was on fire, which was great for my little girl to see.

As I write this article, my daughter is beside me drawing the iconic Phantom mask while listening to the recording of the 25th Anniversary at the Royal Albert Hall.

It’s quite something for a show with this many miles on it to still be able to hold an audience captive, and capture its imagination. The Monday performance was jam-packed, and the crowd gave it a much-deserved standing ovation.

Congratulations to the Broadway company of “The Phantom of the Opera,” and may you celebrate many more anniversaries to come! Bravissimo!