Gender-bender thespic versatility can be a ‘double-bladed’ sword 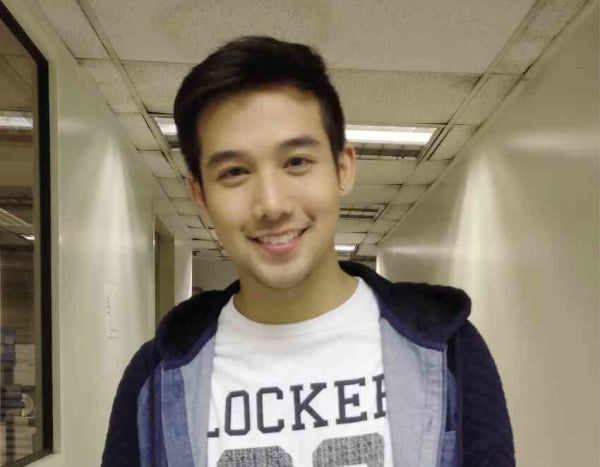 Was it only last year when Ken Chan was the toast of TV town due to his “breakout” drama, “Destiny Rose,” which cast him as a cross-dresser? You would think that, with an out-of-the-box hit like that, Ken would be riding a higher crest of stardom in subsequent seasons.

But, it turns out that he hasn’t been having an easy time “translating” or converting his increased stellar cachet into sustained popularity as a straight actor in his subsequent roles.

It’s heartening to note that he’s done quite a lot of “Maynila” episodes, as well as appeared in Vic Sotto’s latest big-screen starrer, “Enteng Kabisote 10 and The Abangers.” But, “Destiny Rose” has turned out to be a career high that he has yet to hit anew.

That’s the problem consistently facing local actors who dare to “go gay” on the big and small screens—the unusual and edgy casting gambit does make waves in the biz and “prove” that an actor is gifted, artistically courageous and versatile—but, it usually doesn’t  boost his thespic career for the long term.

In fact, it sometimes has the opposite effect, snidely feeding or confirming rumors that the actor is actually “that way” in real life.

Ken himself has confidently avoided that tricky trap, but others have not been so lucky or plucky.

In fact, some of them have ended up as “open (pink) secrets” in the biz, hot hunks who actually espouse “brotherly” love off-cam.

Many of the rumors stop short at “winking” rather than “proving” distance. But, when a gay character is “convincingly” played by a supposedly straight actor, his unusual “affinity” is pointed to as a sign or “symptom” that he may not be acting gay, but “doing what (secretly) comes naturally.”

Fact is, quite a number of hunky young adult stars, some of them quite popular, are being “suspected” in the biz of swinging at least two ways. And some of their career and role prospects have to varying extents been affected or limited by the “pink” or “fuschia” (as in “anak ng fuschia”) rumors.

So, the word’s out: Gender-bender versatility in the biz is great, but straight actors who “go edgy” should be prepared for possible reversals  of career fortunes, because it can be a “double-bladed” sword.

If their “gender loyalty” is unimpeachable or even celebrated, as in the iconic case of the mucho-macho Dolphy, who delighted in portraying gay caballeros or pseudo-señoritas, they don’t have to worry.

But, if there’s even just a tinge or “twinge” of doubt or suspicion, they should be ready to face the mincing music!

The most extreme example is that of the “erstwhile” Rustom Padilla. For years, he was a popular exponent of the boy-next-door male stellar type, and even got married—but, on the reality show, “Pinoy Big Brother,” he finally, tearfully outed himself—and his career prospects changed—drastically.

In time, Rustom was more candidly replaced by BB Gandanghari, who has managed to get occasional acting, modeling and hosting stints—but, much less frequently these days.

Props to Ms. BB for her personal and artistic honesty, but other “bent” denizens in the biz should be forewarned that at least some “self-outing” stars and starlets could find themselves—permanently down and out.