Black musicians reflecting turmoil of the times in music 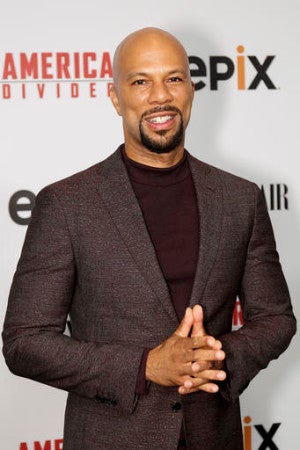 NEW YORK — When he entered the recording studio this spring, Grammy and Oscar-winning rapper Common had plenty to vent about — and it all came out.

His album dropped on not coincidentally on Election Day. It became just the latest politically charged record by black artists this year — others include Alicia Keys’ “Here,” Solange’s “A Seat at the Table” and, of course, “Lemonade” by sister Beyonce, who made headlines with the black-empowerment themes in her video for “Formation” and during her Super Bowl halftime show — reflecting the power, and sometimes disillusionment, that black people are feeling through music.

“I definitely believe that artists are just becoming more aware,” said Common, who is not new to socially conscious rap. “It feels like it’s a critical time where you have to be aware even if you’re not necessarily so into politics.”

Frustration has pervaded almost every corner of music, from the British artist Michael Kiwanuka’s soulful “Black Man in a White World” to Childish Gambino’s psychedelic-funky “Boogieman” and the soft uplift of India.Arie’s “Breathe.”

“These artists are dealing with a lot of things that they see in their lives and in the world around them,” said University of Arizona religious studies professor Alex Nava, who explores spirituality in hip-hop. “Maybe it will galvanize and revitalize the more radical spirit of music.”

Tip “T.I.” Harris started off his career with gangsta rap, but has gotten more political. Motivated by the police shootings of two young black men over the summer in Minnesota and Louisiana, Tip in September released the six-song EP “Us or Else” which focuses on social justice and police brutality. The video for one song, “Warzone,” re-enacts the way several black men died at the hands of police, but uses white actors as victims to question the role race played. He expanded his EP into a full, 15-song CD this month.

“I didn’t plan on making it a project. I just started recording records based on how I felt. I just felt I should be doing something,” the rapper said. “At the time, I didn’t feel like anyone was speaking to it and I felt compelled to do something.”

The social activism has spread beyond music. Chance the Rapper backed anti-violence measures in Chicago, used his concerts to register fans to vote and joined Solange and Alicia Keys in celebrating the victory for the Standing Rock Sioux tribe, whose protests helped halt construction on the Dakota Access oil pipeline.

Solange’s new CD is also a meditation on being a black woman in America, highlighted by the pledge of personal identity in “Don’t Touch My Hair,” the empowerment anthem “F.U.B.U.” and the personal alienation of “Cranes in the Sky.

Hip-hop elders A Tribe Called Quest re-emerged at the end of 2016 with a decidedly political edge after more than a decade away, attacking gentrification in “We the People…” and drawing a dystopian future in which the rich flee Earth in “The Space Program.” 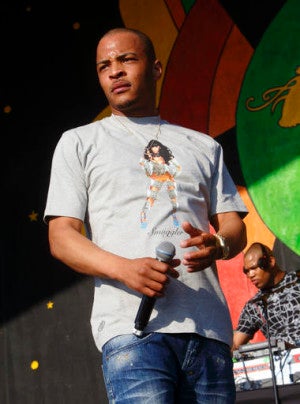 This May 2, 2015 file photo shows T. I. performing at the New Orleans Jazz & Heritage Festival in New Orleans. Motivated by the deaths of two young black men in Minnesota and Louisiana, Tip released the EP “Us or Else” which focuses on the issues of social justice and police brutality. AP

Even artists like John Legend, an outspoken activist outside the recording studio whose lyrics are more defined by love and relationships, pushed past his comfort zone on his new CD “Darkness and Light.”

In “Penthouse Floor,” Legend calls out the rich and the media for turning a blind eye to suffering on the streets: “They see us reaching for the sky/Just ignore that you survive.” In an interview, Legend acknowledged an uptick in political music.

“We are on Twitter, we are going to the cities and we’re seeing what’s happening out there in the streets, on the news and however we are seeing it. And I think artists are reacting to that,” he said. “I think we feel that sense of urgency because the community feels that sense of urgency.”

While not all black musicians have embraced social activism — notables include Lil Wayne and A$AP Rocky — some have actually joined protesters in the streets. Snoop Dogg and The Game participated in a Los Angeles march and Tip joined a protest in Atlanta.

“People kind of looked at me, like, ‘What’s next?'” Tip recalled. “That kind of said to me, ‘Man, people are looking for answers and I know I don’t have the answers.’ It’s difficult to remain neutral. It’s difficult to not have an opinion.”

Socially conscious elements of American blues, jazz, rock, soul, R&B and hip-hop have cycled in and out, with such messages by black artists drowned out by party anthems, sexually explicit tracks and gangsta rap in the early 2000s.

The increased attention on police-related killings of blacks and the birth of the Black Lives Matter movement mirrors the rise in social activist songs in mainstream black music — D’Angelo’s 2014 “Black Messiah” was an early example. It’s also reflected in J. Cole’s searing “Be Free,” Keys’ “We Gotta Pray” and Jay Z’s “Spiritual” (“I am not poison/Just a boy from the hood that got my hands in the air”). Even Kanye West jumped in with “Feedback,” rapping “Hands up, hands up, then the cops shot us.”

Nava, who has been teaching his course “Rap, Culture and God” for 10 years, said artists take cues from their community and he’s noticed a shift in his students’ tastes over the past few years.

“I find more and more young people that are disenchanted with kind of played-out themes of girls and cars and jewelry and tired refrains of making money and boasting about guns,” he said. “My students are really craving a more thoughtful content, more poetic content, a stronger social vision.”

Activism and music were firmly linked at the 20th anniversary of the Million Man March last year when marchers sang the chorus of “Alright” from Kendrick Lamar’s “To Pimp a Butterfly,” an album many say helped reconnect hip-hop to its political roots.

Questlove of The Roots in late 2014 challenged musicians on Instagram to step up and be “a voice of the times that we live in.” He asked for real stories and real narratives. “Protest songs don’t have to be boring,” he wrote. “They just have to speak truth.” He may have gotten his wish. TVJ