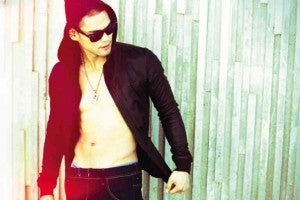 RnB king Jay R has hit Hollywood home run with the inclusion of his song in an international movie.

His single “L.O.V.E.”, off his album “Elevated” which was originally written by Marcus Davis, was chosen to be a part of the soundtrack of the romantic comedy movie “The Bounceback” starring Shemar Moore, Bill Bellamy and Nadine Velasquez.

The ASAP Sessionista was able to attend the red carpet premiere of the movie held at the TCL Chinese Theater last December 6.

His success is definitely an achievement resulting from years of hard work, but how did the 35-year-old singer get noticed by the movie’s film production?

“I had no idea that they were eyeing my song for the movie. They just saw that L.O.V.E. was perfect for the scene in the movie. There wasn’t any audition. They just choose and score the movie with music they see fit for the film.”

Yet despite the credits he has rightfully earned for himself, Jay R gives the credit back to his US-based producer friends for giving his song the needed exposure.

Jay R also hopes to do a promotional music video for the movie, and write and record new tracks again with his Los Angeles-based team.

This success can also open more opportunities for the singer-songwriter to further experiment with his music.  He adds, “Yes, I would love for my music to be part of local teleseryes and local movies. That would be great.”